It’s been not quite two years since Aldi introduced a keto bread loaf that became an internet sensation, prompting fans to clear shelves and search multiple stores for the mythical baked good. The bread was initially intended to be a limited-time special, but demand was so high Aldi eventually made it a Regular Buy available year round.

Sometime between then and now, Aldi quietly introduced another keto-friendly baked item: buns that can be used for sandwiches or burgers. 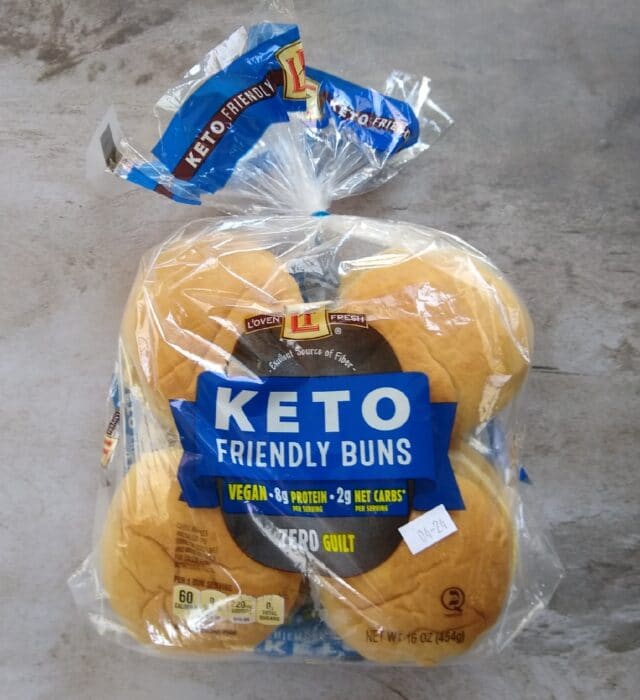 L’Oven Fresh Keto Friendly Buns cost $3.49 at the time of publication for a 16-ounce package containing eight buns (about 44 cents per serving).

According to Aldi, these are a Seasonal item, which means they will be in stores longer than an Aldi Find, but they won’t be available all year. Our guess is they’ll stick around for the summer cookout months, but if you want to enjoy them beyond that, you might want to stash a few packages in your home freezer.

These are vegan and kosher, and they advertise just 2 grams of net carbs, a whopping 19 grams of dietary fiber, and 8 grams of protein per serving for “zero guilt.” As is the case with the Aldi keto bread loaf mentioned above, most of the carbohydrates in these keto friendly buns are from fiber, and fiber is a type of carbohydrate the body generally does not absorb, so idea is that these carbs will simply pass through the body.

Here’s a look at how the keto math works: the buns have 21 grams of total carbohydrates and 19 grams of dietary fiber. Subtract the dietary fiber from the total carbs, and that equals 2 grams of net carbs per serving.

Some people might argue whether a bread product can be truly keto friendly, and we discuss that more over here. Nevertheless, this type of bread can be appealing to many people looking to reduce their carb intake. 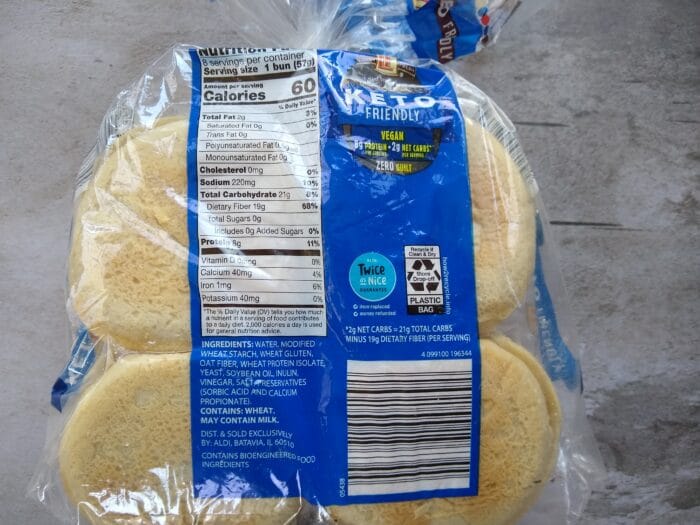 If you’re avoiding allergens, these buns have wheat, and they may contain milk. The package also states they contain bioengineered food ingredients.

If you’re interested in all the nutrition information besides just the carb count, one package contains eight buns that are 57 grams each, with one serving netting you 60 calories, 2 grams of total fat (3% DV), no cholesterol, 220 mg of sodium (10% DV), 21 grams of total carbohydrates (8% DV), 19 grams of dietary fiber (68% DV), no sugars, and 8 grams of protein. 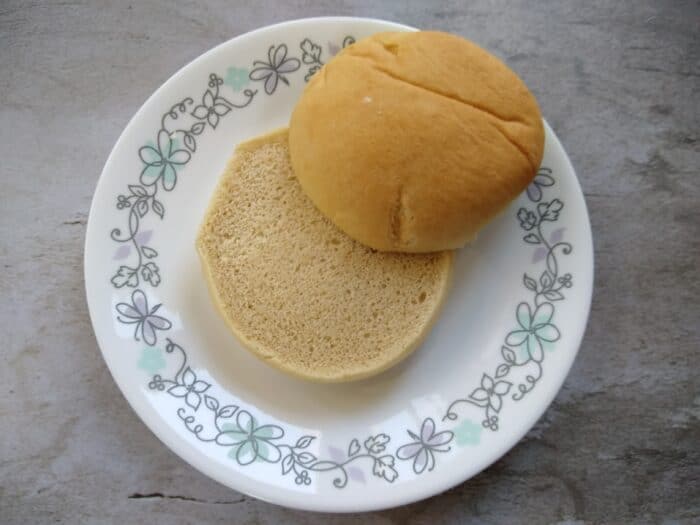 So how do these buns compared to regular buns? And how do they taste?

The first thing you’ll notice is that they are slightly smaller than traditional store-bought hamburger buns. 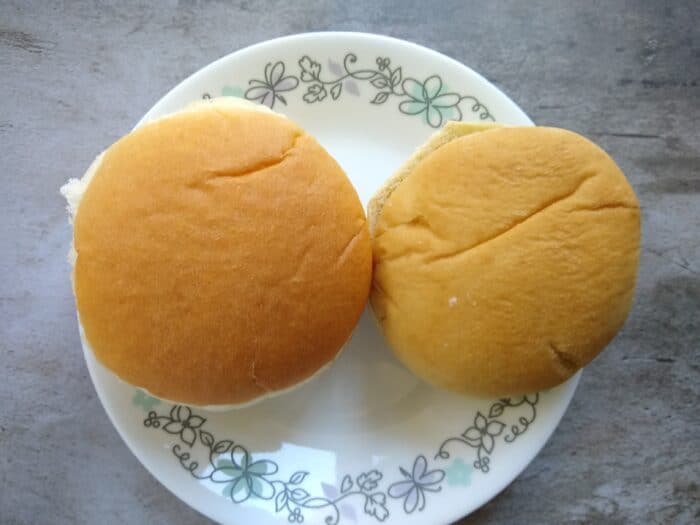 I initially tried one for lunch with salami, Swiss cheese, mayo, and Deutsche Kuche Bavarian Sweet Mustard all from Aldi. 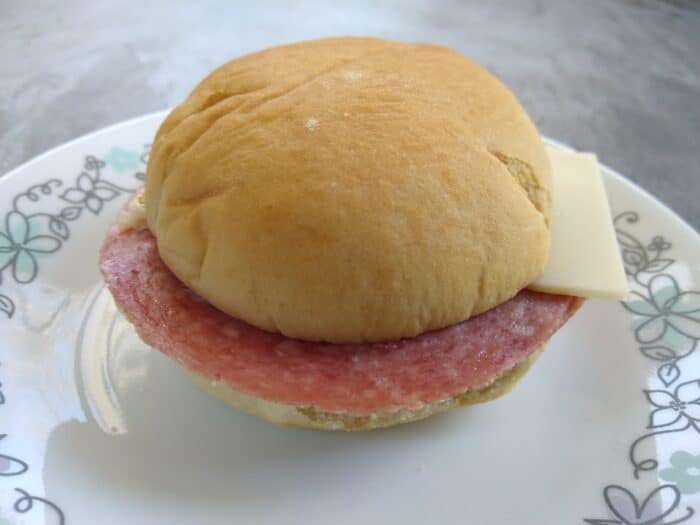 The buns are not the most flavorful I’ve tasted, but I kind of had that expectation going into it. After all, I’ve tried the Aldi keto bread loaves and they all taste a bit like these buns — a bit on the bland side and like they contain a lot of fiber. If you want flavorful buns and don’t care about calories or carbs, then you’ll want something more like Aldi’s brioche buns. The keto friendly buns’ consistency is less fluffy and airy compared to traditional buns, but they’re still plenty soft. They make a good neutral base for whatever burger or sandwich you’re building, and if I didn’t know they were keto friendly, I probably wouldn’t be able to tell.

I don’t go out of my way to buy keto baked goods all the time, but I wouldn’t be opposed to buying these again, especially for making quick lunchmeat or egg/tuna salad sandwiches for lunch time.

L’Oven Fresh Keto Friendly Buns are slightly smaller than traditional hamburger buns and, as is the case with many keto friendly baked goods, they aren’t the most flavorful. However, if you want a base for a sandwich or burger without the major carbohydrate load that comes with regular bread or buns, these are worth trying.