For something a little different than a standard frozen grocery store pizza, try a take and bake pizza from Aldi. The discount grocer sells various types of take and bake deli pizzas in its refrigerated aisle, including supreme, sausage and pepperoni, mega meat, and even a cauliflower crust option. Or if simple is more your thing, Aldi also sells a cheese take and bake pizza. 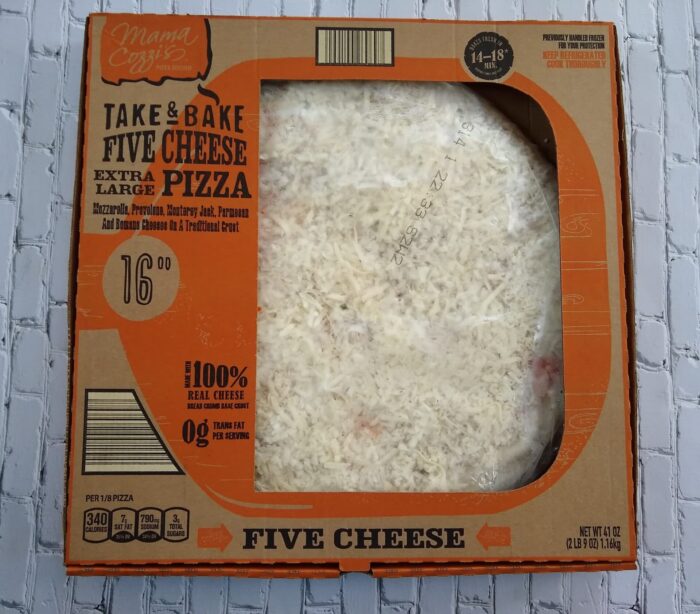 This is a Regular Buy, which means Aldi sells it all year.

It’s made with 100% real cheese with a bread crumb based crust. The box states it was “previously handled frozen for your protection.” It should be kept refrigerated and cooked thoroughly. 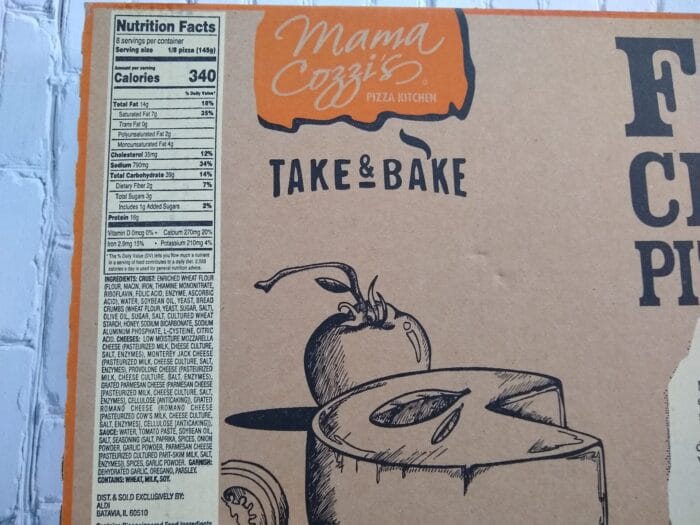 To bake it, preheat the oven to 375 degrees. Remove all packaging and place the thawed pizza directly on the center oven rack. Do not bake the pizza on the cardboard tray. Bake for 14-18 minutes or until the cheese in the center is melted and the crust is golden brown. Carefully remove from the oven and let cool for 2-3 minutes before slicing.

The box also states that if you have frozen your pizza, thaw it completely under refrigeration before baking. I had frozen this pizza not long after purchasing it, so I thawed it in my refrigerator for about three to four hours before baking it. It took about 16 minutes in the oven. 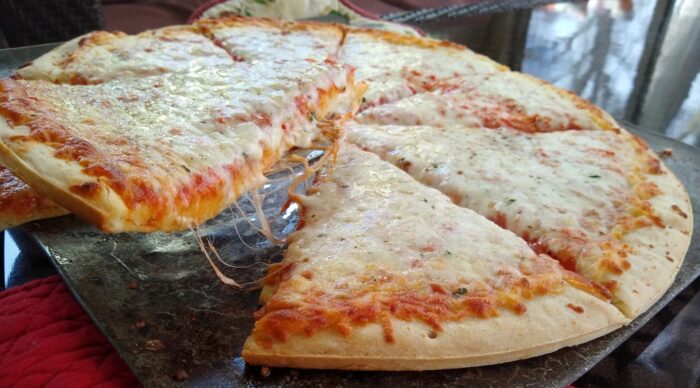 Everyone in my household thought this pizza had plenty of cheese and a flavorful sauce, and my family declared it a winner. This is one take and bake pizza I’ll probably be purchasing again.

Mama Cozzi’s Take & Bake Five Cheese Extra Large Pizza features a thicker traditional crust rather than a thin crust like most other Aldi take and bake pizzas. It has a generous amount of cheese and sauce, and everyone in my house approved. If you like a classic cheese pizza, this is a good one.