EDITOR’S NOTE: Aldi has also sold another French press, simply called the Crofton French Press, which you can read about here.

From time to time, Aldi sells a French press. For the uninitiated, a French press is a machine that allows one to make coffee by hand. To use it, you pour hot water into the press, then you press down on a filter to separate the coffee grounds from the coffee. French presses are nice because they don’t require electricity — just hot water. They’re also nice because you can make hot brew or cold brew. You can even use one to make tea.

Of course, because they don’t use electricity they also require certain things that electricity would give you. Hot water, for one — you’ll need to heat some to use the press. What’s more, some health experts caution that French press coffee can be higher in cholesterol-causing oil than coffee made through a traditional coffee machine, in a Keurig, or instant coffee.

Despite that, there is a subculture of coffee drinkers who love to take their joe from a French press now and then. For those people, Aldi has options. The supermarket, for example, sometimes sells the Crofton French Press. In March of 2022, Aldi sold a different twist on the French press idea, offering a glass French press with a bamboo lid. 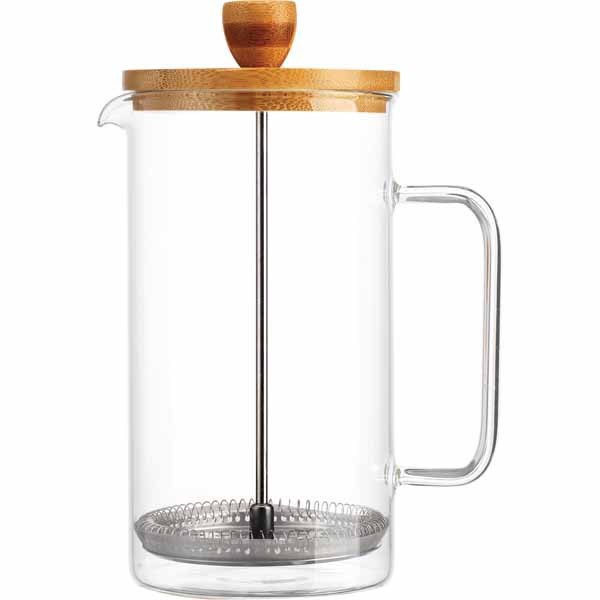 The Crofton Glass French Press with Bamboo Lid (Product Code: 706045) is an Aldi Find, which means Aldi only sells it for a short time. Once it’s gone, you won’t be able to find it in stores until it comes back, which could be months or a year (if ever). Aldi doesn’t ship online, either, so if you don’t see it in stores, you’re out of luck.

At the time of this post, this press currently costs $9.99. That’s less than the $16.99 the Crofton French Press sells for and a lot less than most other French presses online.

Aldi does not indicate that the press comes with any kind of warranty.

Here’s more information on the glass French press, according to Aldi:

We haven’t tested out this French press, so we don’t know how easy it is to use and keep up, or how long it lasts. That’s why we’ve created this open thread for shoppers to share their experiences.

Do you have experience with this particular French press? Let us know in the comments.