Our family loves macaroni and cheese. Maybe too much. That combination of pasta and creamy cheese hits the spot, especially alongside a protein like a burger, hot dog, or pork chop. Our favorite kind of macaroni is the homemade kind, either baked or in a Crock Pot, but time doesn’t always allow that. In those moments, it’s nice to be able to whip up something quickly.

Aldi has a few kinds of macaroni and cheese. It carries a traditional boxed macaroni with a powder mix, for example. It also has a shells and cheese version with a cheese sauce. Occasionally Aldi even sells some specialty versions as limited-time Aldi Finds.

Most Aldi mac and cheese is sold under the Cheese Club private label. Not long ago, though, I noticed that Aldi was also selling some mac and cheese in the refrigerated section under the Park Street Deli label. Intrigued, I decided to give it a look. 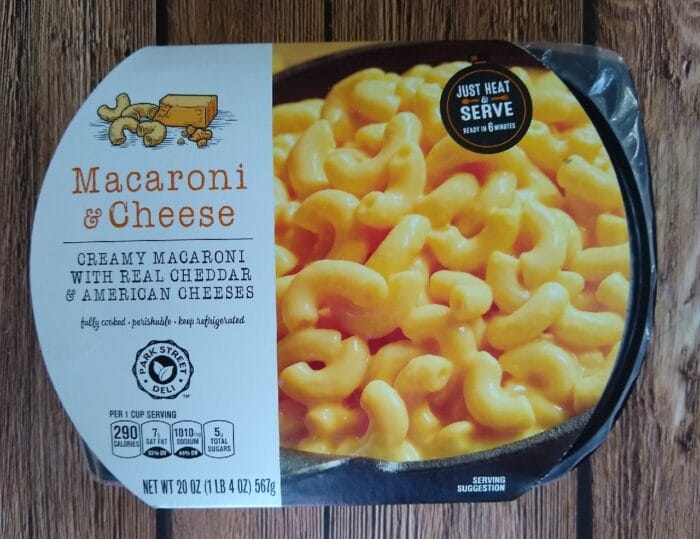 Park Street Deli Macaroni and Cheese is an Aldi Regular Buy, which means you can find it in stores all the time. I paid $2.49 for a 20-ounce container, or about 12.5 cents an ounce. This is more than any of the Cheese Club boxes, but this is also fully cooked, so there’s a trade-off there.

This is perishable and should be kept refrigerated. Be sure to check the expiration date on the side of the cardboard wrapper.

Heating it is easy, especially if you want to use a microwave. To do that, you first remove the cardboard wrapper. Then either peel back a corner of the plastic film or cut a small slit in the film. (This lets steam out during cooking.) Next, microwave it on high for three minutes. Then pull back the film, stir, and cook one more minute or until the product is hot. Finally, remove from the microwave and let it stand for two minutes before serving.

You can also cook on a stovetop. To make it that way, remove the cardboard wrapper and the film, then empty the contents of the plastic container into a saucepan. Next, place the saucepan on the stovetop and cook over medium-low heat, stirring frequently until hot. Once hot, carefully remove from the stovetop and serve.

I used the microwave method. I found the times listed on the package worked perfectly for my microwave, but your mileage may vary. 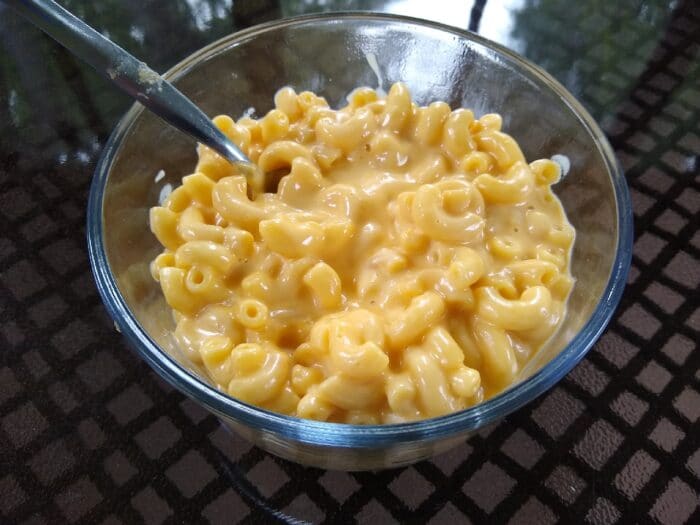 This is good mac and cheese. It’s rich and creamy, and not far off the pace from some restaurant mac and cheese I’ve had in the past. It’s definitely not a box mix. The packaging says it’s good for about 2 1/2 servings, and I’d say that’s right. If you’re serving this as a side, it’s probably good for two people, but not much more.

Nutritionally, it’s about what you expect from mac and cheese: carbs, sodium, fat, and cholesterol. 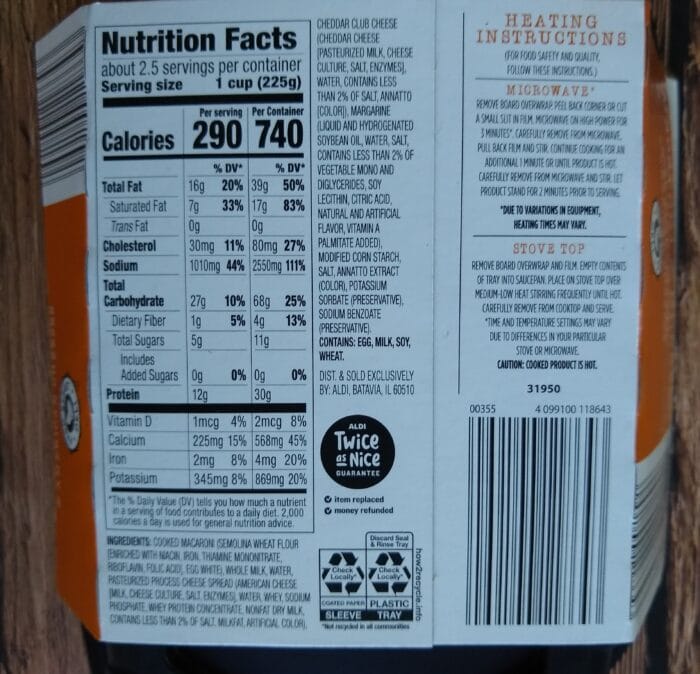 Park Street Deli Macaroni and Cheese is a nice deluxe mac and cheese when you want something more than a boxed mix. It’s more expensive than a box, but the tradeoff is that it’s a full, creamy mac that pairs well with whatever you need to pair it with. Better yet, it’s easy to heat, ready in just a few minutes. This box is good for about two people as a side, so if you’re going bigger you’ll want more than one.