I grew up with Slim Jims, the snack stick that was sort of like beef jerky but not. Slim Jims were small sticks of meat with a tough casing that made for a salty treat. Aldi sells its own version of Slim Jims — Simms Mild Smoked Snack Sticks — which are pretty close to the brand name and can be found in stores every day.

This product we’re looking at today has a very similar name, but it’s not the same. These Snack Sticks aren’t tiny slim sticks: they’re larger, about the width of a standard hot dog and the length of a footlong. They’re also an Aldi Find, which means they are only in stores for a limited time; once they’re gone, they’re gone. 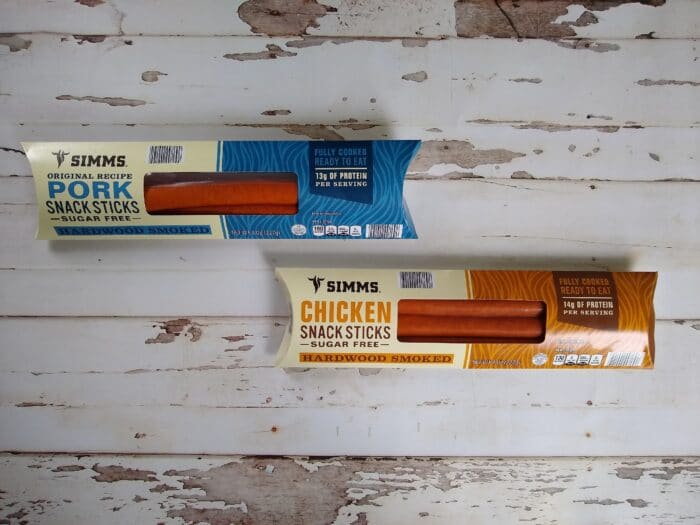 Simms Pork Snack Sticks and Simms Chicken Snack Sticks both cost $3.49 for an 8-ounce pack. That comes out to about 44 cents an ounce — a lot more than your typical Slim Jim or Aldi snack stick. Also unlike a Slim Jim, these particular sticks are found in the refrigerated section and should be kept refrigerated. 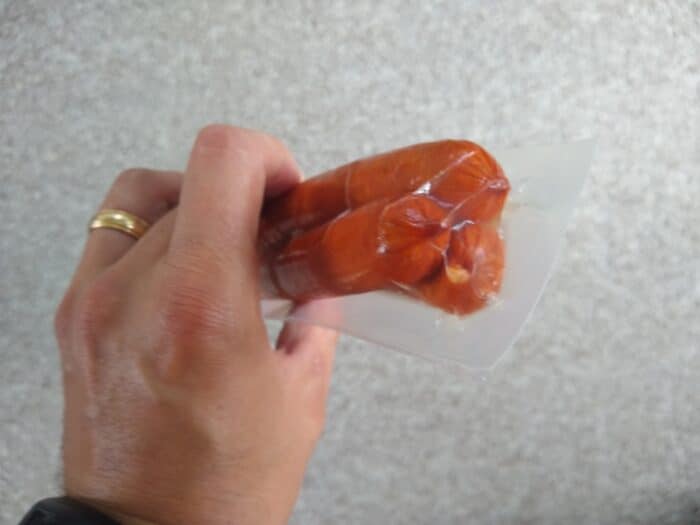 I mentioned earlier that these look like a hot dog. They kind of taste like one, too. Both the pork and the chicken sticks bear a vague resemblance to a cross between a hot dog and one of those hors d’oeuvre sausages you might see at a fancy occasion. The casing is maybe tougher than a typical hot dog, but it’s not as tough as a Slim Jim. The interior is definitely similar in taste and texture to a hot dog.

The pork and chicken have nearly identical texture and have similar taste. The pork has a somewhat more seasoned flavor, but both are in the same range. 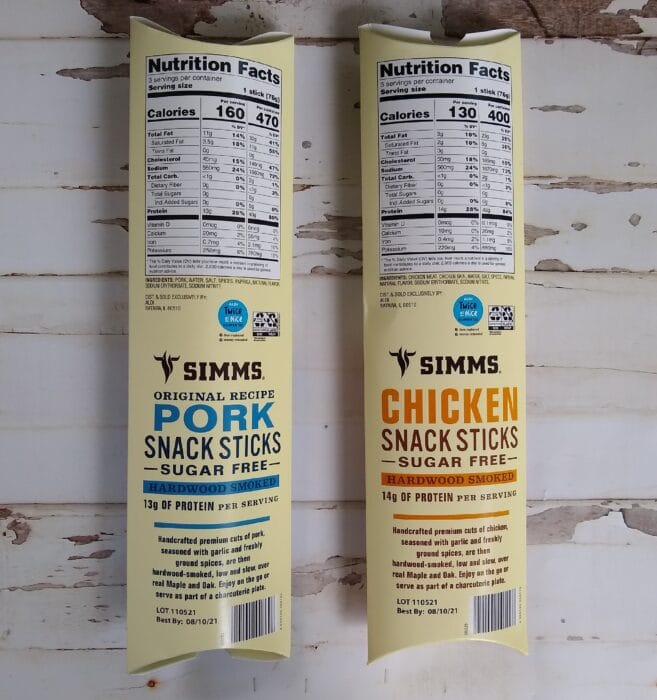 Whether you like this or not will depend on what you’re looking for. If you want a jerky-style snack, this isn’t really it, despite what the name might say, and these cost a lot more, too. On the other hand, if you want something that is softer, this is not a bad treat. Not sure I’ll buy them again, though.