When I was a kid visiting my grandparents’ house, they often had shortbread cookies from the United Kingdom stocked in their kitchen. Because we had relatives who spent several years living in England and Scotland due to their work, my grandparents either brought tins of shortbread home from their own trips abroad to visit family, or my relatives would bring it when they returned to the States for visits. As a result, I have fond memories of eating these buttery, crumbly cookies, often directly out of a plaid box or metal container.

Shortbread is a traditional Scottish biscuit, or cookie, made primarily with butter, sugar, and flour. Shortbread is known for its crumbly texture, which it gets from its high fat (butter) content. It originated in Scotland but is now made throughout the United Kingdom, and in my personal travels I’ve noticed it’s one of the most common items sold in shops that cater to tourists in the U.K. 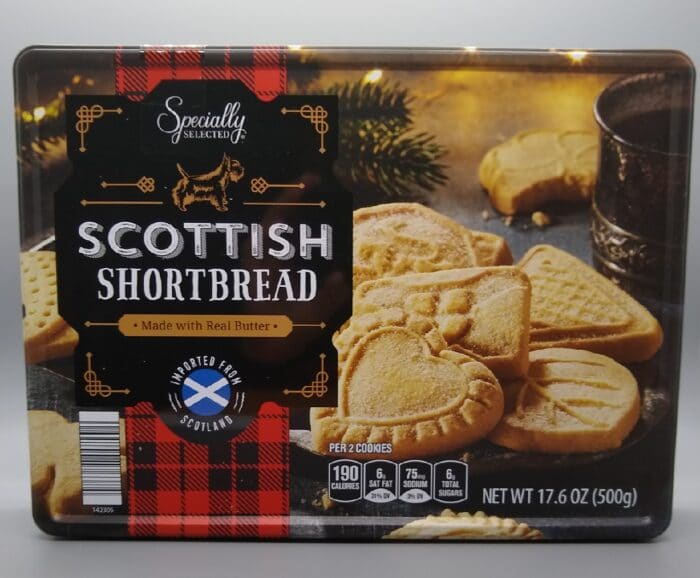 The Aldi Specially Selected shortbread is an Aldi Find (Special Buy), which means it’s only in stores for a short time, often during the Christmas holidays. Aldi does not offer online ordering for its specials, so once this sells out at your local store, it’s gone.

The shortbread is product of the United Kingdom, imported from Scotland, and is made with real butter. 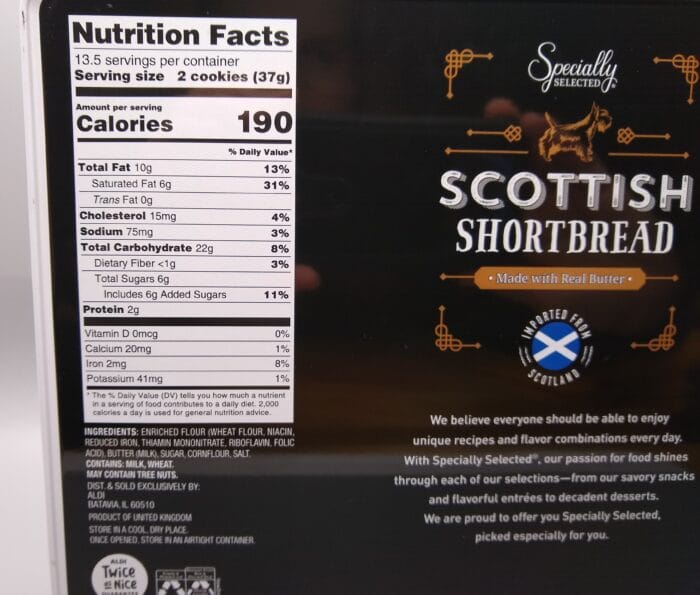 For those looking to avoid allergens, these contain milk and wheat. They may also contain tree nuts.

As far as shortbread goes, this is the real deal. These biscuits are crumbly, buttery, lightly sweet, and everything I expect shortbread to be. 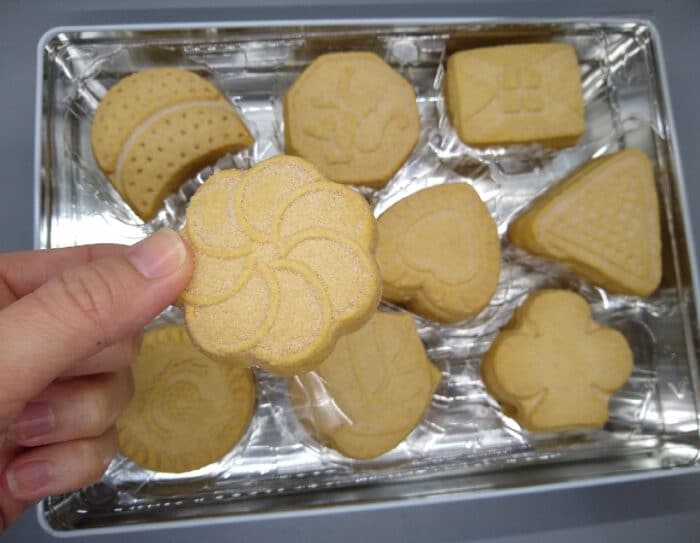 They are packaged in a plastic tray inside a large metal box, and they come in several shapes, including hearts, three-leafed clovers, flowers, leaves, a thistle blossom (the national flower of Scotland), a lion (symbolic of England), and a shape that I think somewhat resembles the flag of the United Kingdom or of Scotland.

Everyone in my house approves of the shortbread, and I look forward to enjoying it with a good cup of English Breakfast tea. Definitely worth purchasing again.

Specially Selected Scottish Shortbread is imported from Scotland, as the name suggests. It comes in an attractive metal container and features classic buttery, crumbly biscuits (cookies) in a variety of shapes symbolic of the United Kingdom. This will probably become a holiday staple in our household.