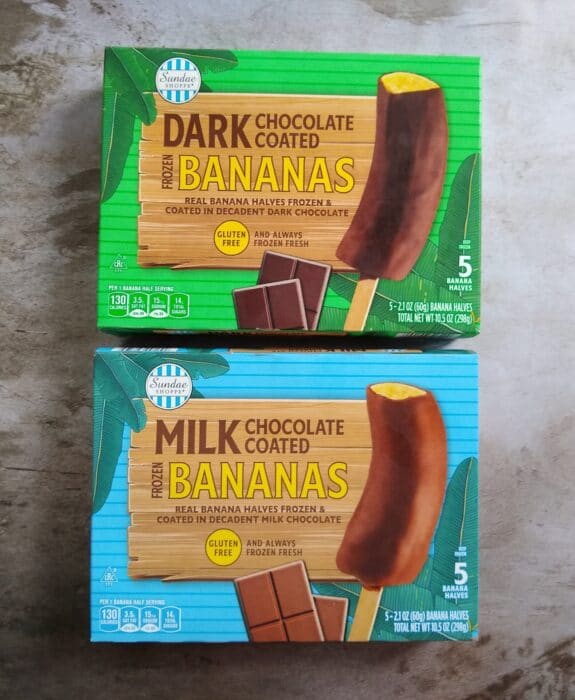 The Sundae Shoppe Chocolate Coated Frozen Bananas are $3.49 for a box of five. They were sold in milk chocolate and dark chocolate varieties. Sundae Shoppe is an Aldi private label that encompasses ice cream and other frozen treats. 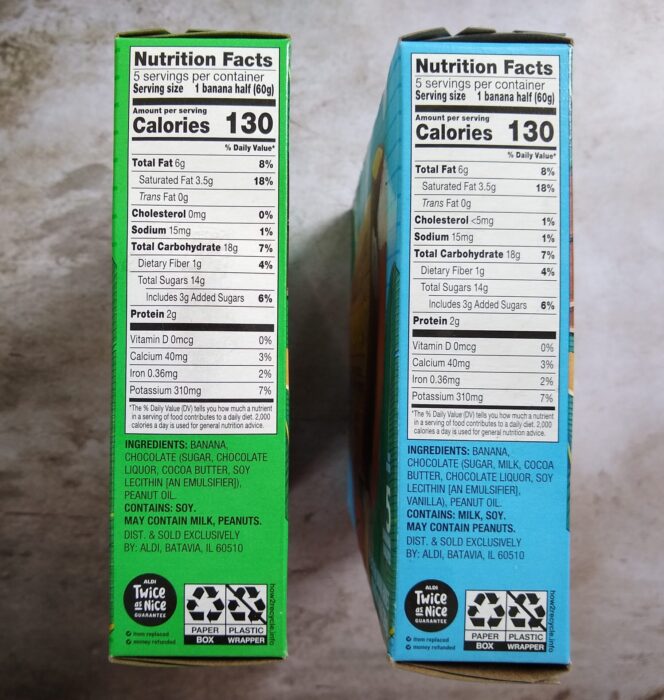 I’m not a dark chocolate fan, so the milk chocolate ones were my personal favorite. The chocolate was good, and so were the bananas. Everyone in our family usually approves of these desserts, and I don’t think these were any different. I don’t always like how hard the bananas get when frozen, and right out of the freezer these were especially hard, but that isn’t really Aldi’s fault. 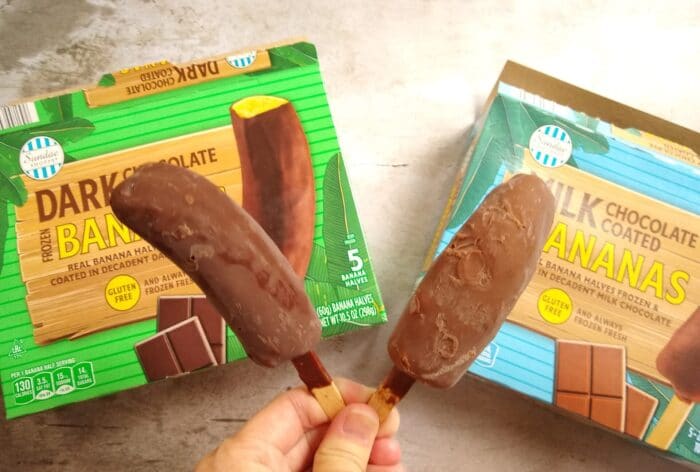 As for Diana’s bananas themselves, they are a company that specifically works to create chocolate covered bananas. Aldi is obviously copying them by creating their own bananas, but it’s entirely possible that the Aldi brand bananas were still made by Diana’s and Aldi simply put its Sundae Shoppe private label name on them.

The Sundae Shoppe Chocolate coated bananas are practically identical to the name brand Diana’s Bananas. These are a somewhat healthier alternative to other desserts as well, especially if you go for the dark chocolate ones, which is a plus. While chocolate coated bananas aren’t my favorite dessert in the world, I enjoyed these, and I wouldn’t rule out buying them again.