It’s a well-worn fact that macaroni and cheese is a favorite in my house. We know full well that it’s not the healthiest of options — we try to limit it to being served as a side item to accompany a protein when we can — but everyone in the family still loves it.

The best of options is making it from scratch, either in the oven or the slow cooker. On the other end of the spectrum is the box of dry noodles and powder that you add milk and butter to, which is decent if not overwhelming. Then there is the space in between, which includes shells and cheese and refrigerated pre-cooked mac.

Aldi sells all kinds of macaroni and cheese, but its cousin, Trader Joe’s, sells some, too. During a recent TJ’s visit I spotted some, and I decided to take it for a spin. 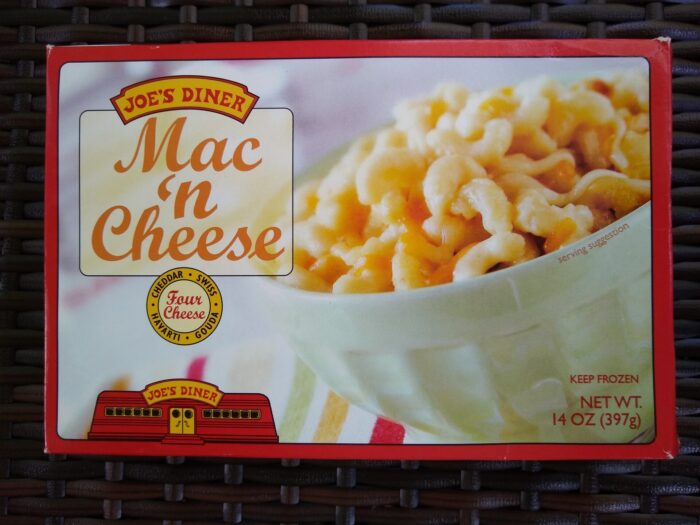 Joe’s Diner Mac and Cheese can be found in the frozen section at Trader Joe’s. It comes in a 14-ounce plastic container. At writing time, it cost $2.99, or about 21 cents an ounce.

The package comes with both microwave and oven heating instructions. To heat in the microwave, you first remove the package from the box and puncture holes into the plastic film with a fork. Next, microwave on high for 5-6 minutes, then let it stand for 1 minute. Finally, remove the film, stir, and serve. Keep in mind that cooking times may vary depending on the microwave.

To heat in the oven, preheat to 375 degrees. Next, remove the package from the box and remove the film from the package. Then, place it on a baking sheet and bake on the oven’s middle rack for 25-35 minutes. Finally, let stand, stir, and serve. Again, cooking times may vary depending on the oven.

We went with the microwave, which we assume will probably be what most people use, given the time savings. I cooked it for 5 1/2 minutes, and when I removed it from the microwave it was done. I was a little concerned at first because a lump of cheese had formed in the middle of the mac, but once I stirred it all together, everything mixed without too much of a problem.

The family liked it. Despite being frozen, it tastes more like a near-restaurant mac and cheese, with a soft texture and creamy taste that doesn’t need much added to it. That’s good, too, because it already has a lot added to it. 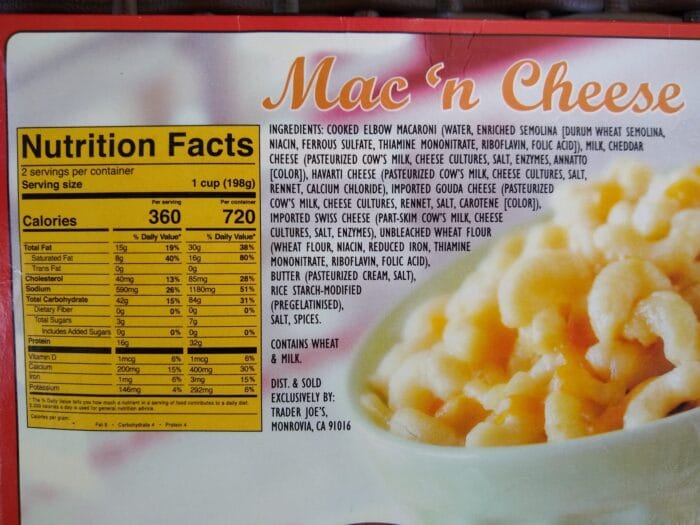 It’s not an overwhelming amount of mac, but it’s enough for two people to make a meal out of it, or for four people to eat it as a side.

Joe’s Diner Mac and Cheese went quickly in my family. Everyone liked it, both for the taste and for the texture. It’s easy to make and is good either as a main course for two or a side for four.