I first starting eating string cheese … as an adult. No, I don’t really remember eating it as a kid. Instead, I started eating it when I was old enough to have my own kids. I couldn’t say exactly when or why. At some point, I decided that string cheese made for a nice lunch side item. Nowadays, my lunch often consists of a sandwich, an apple, possibly peanuts, and one stick of string cheese.

Aldi sells pretty good string cheese. It’s good enough, in fact, that the cheese has made the cut as an Aldi Fan Favorite in both 2020 and 2021, and it was on our longlist for our 2019 AR Awards, although it did not make the final nominee cut. 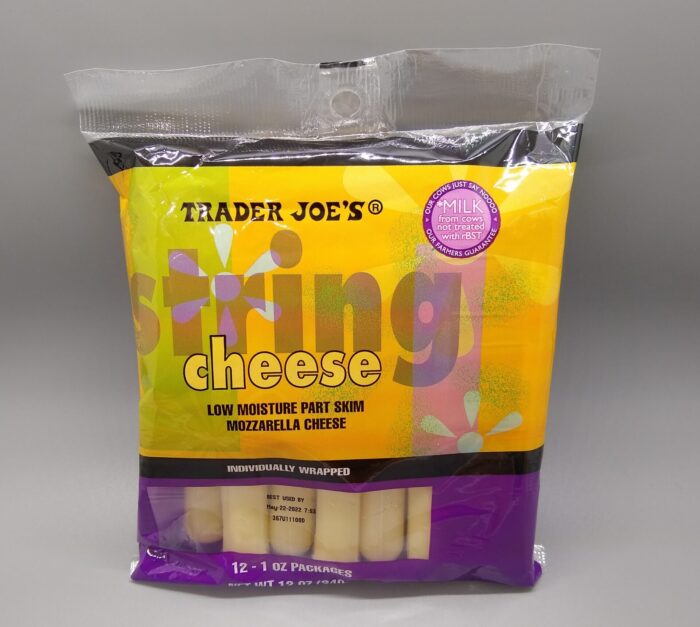 Trader Joe’s String Cheese can be found in the store’s refrigerated section. It comes in a plastic package that contains 12 individually-wrapped 1-ounce cheese sticks. The bag’s current cost is $3.49. That comes out to 29 cents per stick and 29 cents an ounce. That’s higher than the 25 cents an ounce we’d pay at Aldi, but it’s also not the most expensive we’ve seen, either. 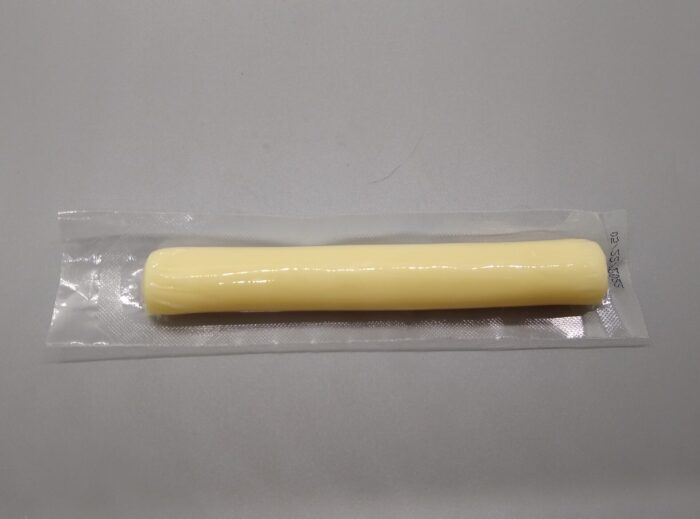 The best way I would describe this string cheese is solid. The packaging peels open without fuss. The cheese itself is similarly fuss-free, peeling without trouble. The cheese tastes good. In other words, it hits all the right notes. It’s less stringy than Aldi string cheese, peeling more in larger strips than the thready ones I sometimes see from Happy Farms, but I don’t know that this difference really matters that much. If it counts for anything, it might be a plus for TJ’s, which is a little less messy as string cheese goes.

The cheese is relatively simple on the ingredients front. Just four, in fact: pasteurized part skim milk, cheese culture, salt, and enzymes (vegetable). It’s got some fat and sodium, but they’re about what you’d expect for a cheese stick.

Trader Joe’s String Cheese is a simple and reliably good string cheese. It’s easy to get out of the packaging, and it’s just as easy to peel. It tastes good and is made from just a few ingredients to boot. It’s not the absolute cheapest option out there, but it’s good enough that I think it’s worth the sticker price.