Cheese tends to not last long in our house. One of my daughters will absolutely devour shredded cheese if we let her. I often take cheese sticks to work as part of lunch. Several of us like to snack on cheese blocks. And cheese is a regular on everything from eggs to salads to burgers.

Like most grocers, Trader Joe’s, the Aldi cousin, carries plenty of cheese. Because it’s TJ’s, it’s upscale, which means premium, possibly organic, and with a minimum of ingredients.

Not long ago, we noticed a spike in attention on social media toward a specific block of Trader Joe’s cheese, under the “unexpected” name. We’d previously tried Trader Joe’s Unexpected Broccoli Cheddar Soup, so we had some exposure to the general line, but we definitely wanted to try out the original cheese.

We got our chance. 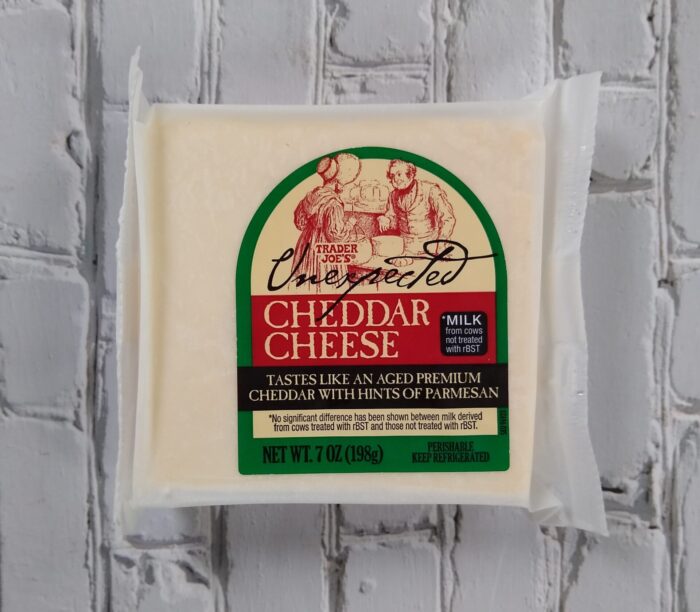 Trader Joe’s Unexpected Cheddar Cheese can be found among the cheeses in the Trader Joe’s refrigerated section. It comes in a wrapped 7-ounce block.

True to form, the cheese consists of only a few ingredients: pasteurized milk, cheese cultures, salt, and microbial enzyme. And, naturally, milk is a potential allergen. Each 1-ounce serving has 110 calories, 9 grams of fat, 180 milligrams of sodium, and 7 grams of protein. 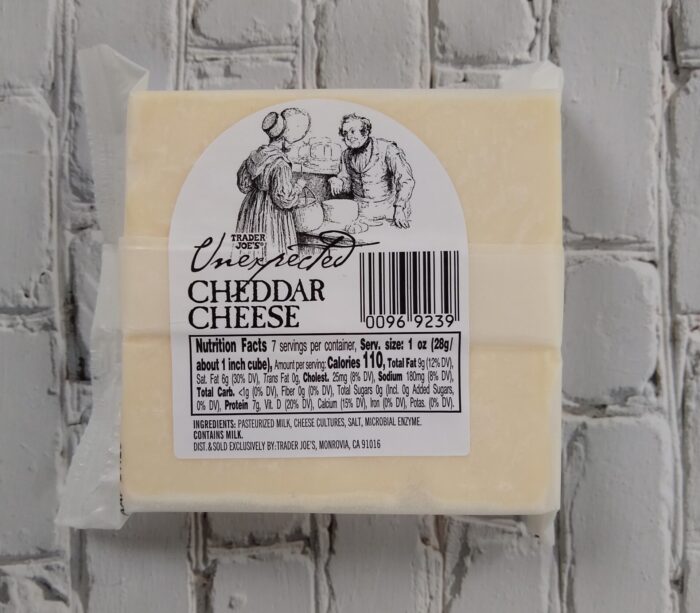 This is a most … well, unexpected cheese. I mean, not in all ways: I expected a mild to medium cheddar that wasn’t too dry, and that’s what I got. It’s got a bit of bite, but it’s not too sharp, and while it’s a little crumbly, it’s not a dry cheddar. 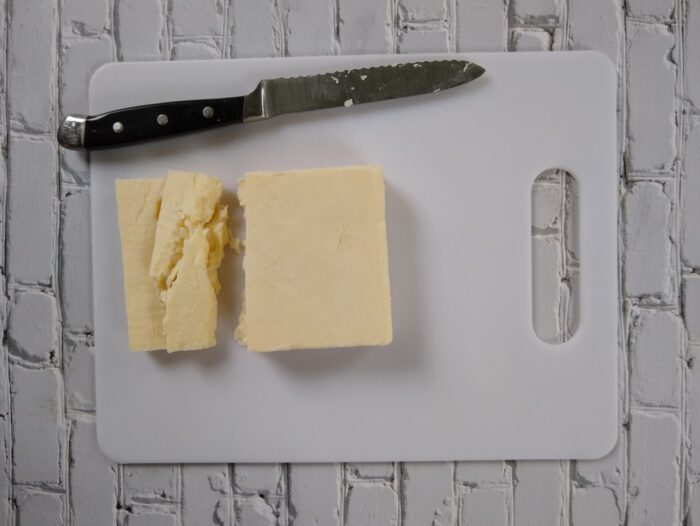 But one thing we didn’t anticipate was a twist in the texture. It’s got just a hint of a granular element, an occasional bit of crunch. My daughter described it like when you get sprinkles in ice cream minus the sweetness. The package notes that this “tastes like an aged premium cheddar with hints of parmesan,” so I can only assume the granular bits are the latter. It’s a little different, but it’s good.

Trader Joe’s Unexpected Cheddar Cheese lives up to the billing, at least with the texture. There’s a hint of parmesan to this mix, and it adds a bit of a granular texture to this mild but flavorful cheese. If you’re a cheese aficionado and you’re looking for something new, I think this is worth the experience.