Skip to content
Home Features Aldi Doesn’t Do Rewards or Coupons, And You’re Better Off For It

Aldi Doesn’t Do Rewards or Coupons, And You’re Better Off For It 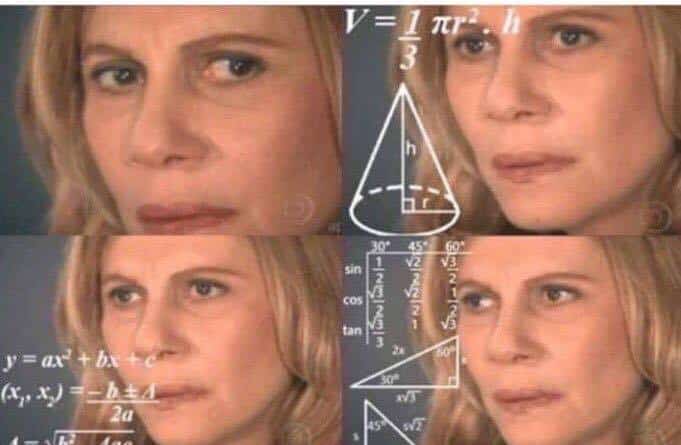 How we feel trying to nail the best price with coupons and rewards programs.

Aldi, for the most part, does not accept coupons. The store doesn’t take manufacturer coupons, not even on the national brands it stocks, and just about any digital Aldi coupon is a scam. The only exceptions we’ve seen are 1) print coupons mailed out ahead of store grand openings or reopenings, and 2) the occasional digital coupons on national brands available when buying Aldi groceries through Instacart. For the day-to-day Aldi shopper, coupons don’t exist.

Aldi also doesn’t run a rewards program. There is no phone number to enter at checkout, no app to scan, no card to flash for “extra savings.” While it might be theoretically possible to get cash back through a grocery app on isolated name-brand products in the store, Aldi itself doesn’t operate anything. (Trader Joe’s, Aldi’s distant cousin, also does not do coupons or rewards.)

Conventional wisdom might hold that the lack of coupons and a rewards program is a negative. In my view, Aldi is doing you a favor.

Coupons and Rewards Take Up a Lot of Mental Space

Most people are busy. Really busy. And, despite what most people believe, the human brain isn’t capable of multitasking. That makes it quite easy to make a mistake or forget something when you’re trying to juggle multiple things at once.

Oh, and we haven’t even talked about what you do or do not already have stocked up at home. Because getting ketchup at a bargain doesn’t mean much if you’ve got ten bottles at home already.

By clearing the deck of all the games of coupons and rewards, Aldi is in effect clearing up our head space to focus on one thing: getting what we need. That helps us cut down on mistakes and maximize getting the trip right.

What about people who like to play “the game” of coupons and deals? To that, I remind you that …

When Shopping Becomes a Game, There is a Chance You Could Lose

If you’ve shopped on Amazon, you’ve likely done it: you’ve bought something that was cheaper later on. Amazon prices sometimes feel about as stable as the stock market, in part because Amazon will dynamically price match to what other retailers are doing. “If only I had waited,” you think.

Except in most cases, it’s not really your fault. It’s not like you had a crystal ball to know for certain a price would drop.

Coupons and rewards gamify the shopping experience. For some people, that can be fun, plotting out how to maximize the deals. But unless you’re all-in on mapping it out like you’re going into battle, you also risk losing. You might miss the expiration date on a coupon. You might arrive to find out the item is out of stock. You might assemble a large shopping list at a big grocer, throw coupons and rewards at your purchases … and still end up paying more in total than you’d pay at Aldi.

Because Aldi doesn’t do a carousel of gimmicks. You know that when you go in you’re getting a reasonably stable low price. Aldi doesn’t mess with you by way of games.

Now, if couponing and reward-chasing is an honest-to-God hobby for you, then, sure have at it. Otherwise, they take up a lot of time. Besides, at the end of the day …

It’s All About the Bottom Line

There are a lot of things that might draw you to Aldi. High-quality house brands. Favorite items. The wondrous middle aisle. None of those, though, are the real reason you come to Aldi.

You shop at Aldi because it’s the most inexpensive grocery store in existence.

Aldi has long held a reputation as a cheap place to shop, and the data backs that up. The German supermarket has continued to win in low prices, beating out Walmart and other grocers in a hotly competitive market. Aldi has maintained that spot in the face of rising prices, and in fact has even benefitted from it.

The truth is, Aldi has other perks, too, most notably the middle aisle. But if you took the low prices out of the equation, most people would be looking elsewhere, teal cabinets or not.

Aldi has cheap prices on quality food, and you don’t have to fuss with coupons or rewards to get those prices.

Hypothetically, there might be instances where you might do better on price with a combination of coupons and rewards at other stores. However, in most cases, Aldi will end up being the best value even with coupons.

What’s more, you will have achieved that value while preserving your head space … and, just as importantly, your time.

So the next time you go into Aldi, remember this: by keeping the shopping experience straightforward and simple, you are better equipped to do what you need to, and it’s better than if you were trying to deal with the complexities of a shopping juggling act. And you’re still saving money by doing it.