Skip to content
Home Features Aldi Stock: Can You Buy it?

Aldi Stock: Can You Buy it? 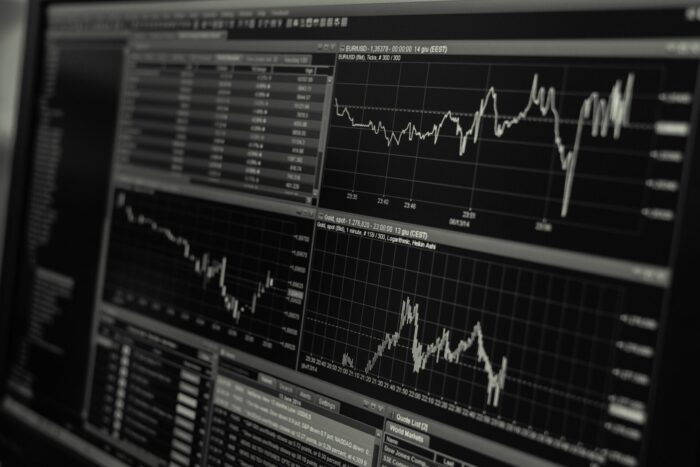 Aldi is the fastest-growing grocer in the United States. The Germany-based company is in the midst of adding thousands of new stores on top of a multi-billion dollar expansion of existing stores. By 2023, Aldi is projected to be the the third-largest grocery chain in America. And this doesn’t even include the company’s growth into other countries, including, most recently, China.

With a company growing that fast, there may be people who wonder if it’s possible to invest in Aldi. Can you buy Aldi stock? And, if so, how do you go about getting your hands on it?

The short answer is no, you can’t buy stock in Aldi. To understand why, a little context is in order.

First off, it’s important to understand that the discount grocer is, in fact, not one, but two companies. Those two companies, Aldi Nord and Aldi Süd, were created in Germany during the early 1960s after the founders of Aldi — brothers Karl and Theo Albrecht —  couldn’t agree on whether or not to sell tobacco products, including cigarettes, in their stores. Theo took ownership of Aldi Nord, while Karl took Aldi Süd.

However, while Nord and Süd are separate companies, they do work together in some complex — and intentionally secretive — ways. For example, they have a common international website, and they often make big purchases together. They also have mostly avoided competing with one another, dividing up the world as they expand into different countries.

One exception is the United States, where both Aldi Nord and Aldi Süd have a presence. Aldi Süd established Aldi US in 1976. Three years later, Aldi Nord arrived in the United States by way of its purchase of Trader Joe’s, an independent subsidiary of Nord and a distant cousin of Aldi US. But Aldi Nord doesn’t operate Aldi stores anywhere in America.

In short, when you’re talking about buying stock in Aldi, you’re potentially talking about whether you can buy stock in one of two different companies.

Can You Buy Aldi Stock?

As I said at the outset, the answer is no. There is no Aldi stock symbol. Neither Aldi Nord nor Aldi Süd sells stock, either in Germany or anywhere else in the world. The companies, instead, are privately owned by the Albrecht family. Theo passed away in 2010 and Karl followed in 2014, meaning that their relatives (including children) are the principal owners of their respective grocery empires.

Because of that, regular people can’t buy Aldi shares the way they can with, say, Walmart or Kroger. Instead, Aldi sits among the ranks of other privately held grocery stores, like H-E-B, Hy-Vee, Wegmans, and Aldi arch-nemesis Lidl.

Not selling stock has both advantages and disadvantages for Aldi Nord and Aldi Süd. Stock sales typically generate a massive amount of money for the company, especially in the initial public offering, or IPO. That financial windfall comes at a price, though, since it gives shareholders the ability to shape what the company does. Those shareholders could force Aldi to make decisions that look good now but may not be good for the company down the road.

Because they don’t sell stock shares, the Albrecht family does not have to answer to shareholders. That allows the two Aldi companies to think in the long-term rather than focus on short-term profit and quarterly earnings the way many publicly traded companies do. So far, it’s been a winning formula: taken together, the two Aldi companies are collectively among the largest privately held companies in the world, with collective revenues over $60 billion. That’s more than most other privately held companies, including State Farm, Lego, and IKEA.

Unless your last name is Albrecht, though, you’re not going to see a share of the profits, and I wouldn’t count on an ever seeing an Aldi IPO. Instead, you’ll have to just settle for saving money when you shop there.

Are There Other Grocery Stores To Invest In?

Would-be grocery investors do have options, even ones with small-inventory stores like Aldi. As mentioned before, Walmart offers stock. Founded as Wal-Mart Discount City in Arkansas in 1962, it went public in 1970 and today is the currently the world’s largest company by revenue, running both Walmart and wholesale club store Sam’s Club. You may not think of Walmart as a small-inventory grocery store like Aldi, because it isn’t, but it does operate some small-inventory stores called Walmart Neighborhood Markets.

Another company that offers stock is Kroger. Founded in 1883 in Cincinnati, Ohio, Kroger went public in 1977 and is now the largest dedicated supermarket in America, and it’s the second-largest general retailer in the nation behind Walmart. Kroger also isn’t a company you might associate with small stores, but, like Walmart, it does have a small inventory store called Ruler Foods.

Still another company that offers stock — through the Toronto (Canada) Stock Exchange — is Onex Corporation. Who is that? It’s an investment company that, among other holdings, owns Save-A-Lot, another small inventory grocery store. Save-A-Lot operates over 1,200 stores across 36 states in the United States.

One more of note: Amazon. It’s not cheap, but the website does offer stock. And Amazon is knee-deep in the grocery business. Amazon, for example, owns Whole Foods. It also operates Amazon Go, a small but growing chain of checkout-free stores that may signal the future of the grocery business.

So if adding grocery stock to your portfolio is really important, there are options. They may not be as attractive to an Aldi shopper as Aldi itself, but they’re out there.