Pancakes and waffles are both breakfast classics. Pancakes — known in some parts of the U.S. as flapjacks — have been popular for thousands of years, thanks to the ease of making them. Waffles, meanwhile, are possibly as much as a thousand years old, dating back to the development of hot irons. Both of them are popular in many parts of the world, including the United States.

Aldi offers a few ways to make pancakes or waffles. Aldi’s multipurpose baking mix, for example, makes great pancakes, while Aunt Marple’s Protein Pancakes are a way to add some protein to the mix. Also available on shelves: Aunt Marple’s Buttermilk Pancake and Waffle Mix, an everyday Regular Buy that you can buy at any time of year. 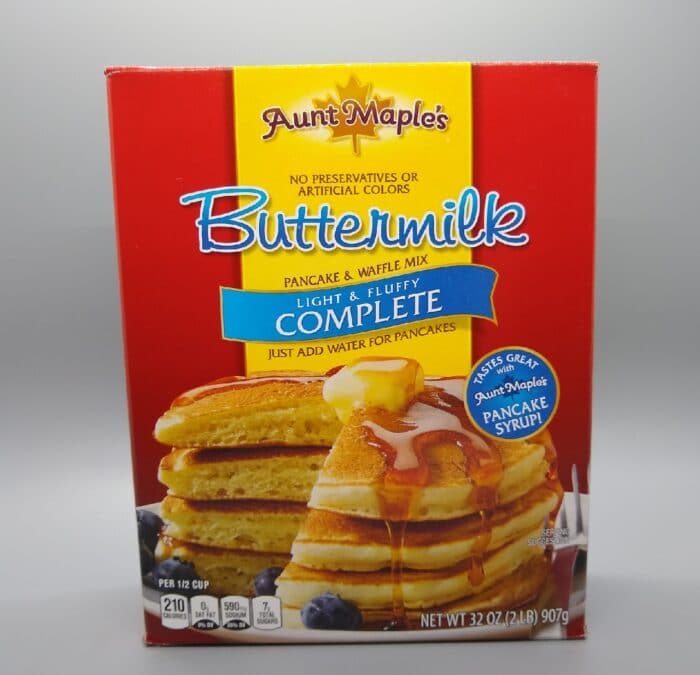 This buttermilk mix cost $1.55 at the time of this post for a 32-ounce box. At 4.8 cents an ounce, it’s one of the cheaper options out there for pancakes or waffles. The box comes with a tab opening on the side that can be poured from and then closed.

The back of the box contains directions for pancakes and waffles, including mixing quantities. You can get 4-5 pancakes, for example, out of 1 cup of mix and 1/2 cup of water. Waffle directions call for water, mix, and oil. In both cases, you mix until lumps break up.

To make pancakes, heat a lightly greased griddle to 375 degrees. The instructions recommend pouring 1/4 cup of pancake batter onto the griddle, then turning when the pancake edges looked cooked. It also says to turn only once, although I found that I sometimes had to flip them back to the original side if I flipped them a little too early.

To make waffles, you pour the desired amount of batter on a lightly greased waffle iron, then bake until steaming stops. 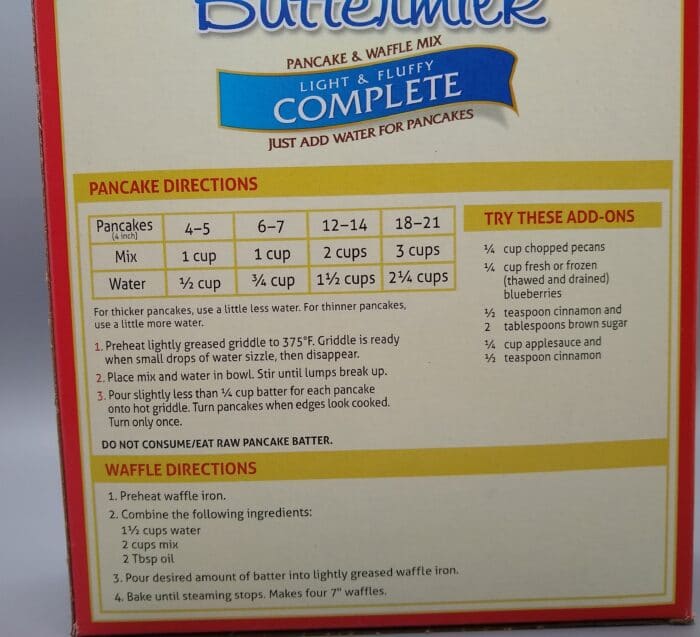 We made both pancakes and waffles with these and liked them. The pancakes tasted like other buttermilk pancakes we’ve made with other mixes, with that fluffy texture and buttermilk taste we like. The waffles were both crispy on the outside and fluffy on the inside, and they had a nice buttermilk flavor. 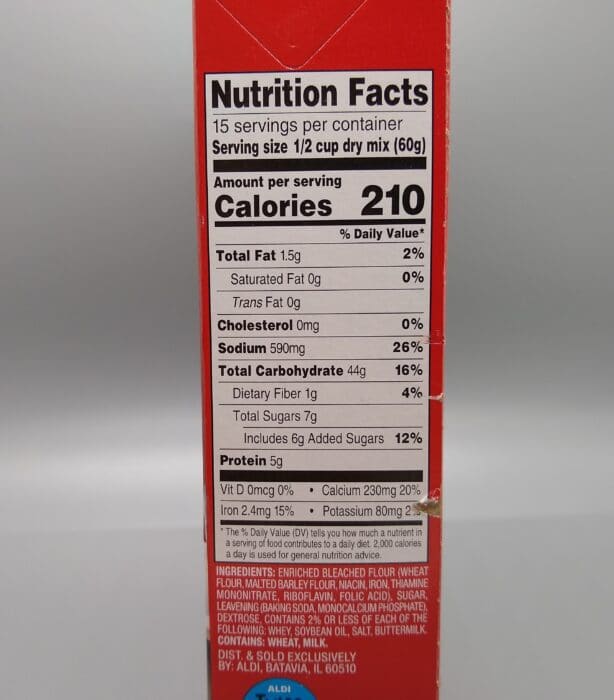 Aunt Maple’s Buttermilk Pancake and Waffle Mix is an easy-to-use mix that does exactly what it says it can do. It’s inexpensive, simple, and tastes great. Recommended.