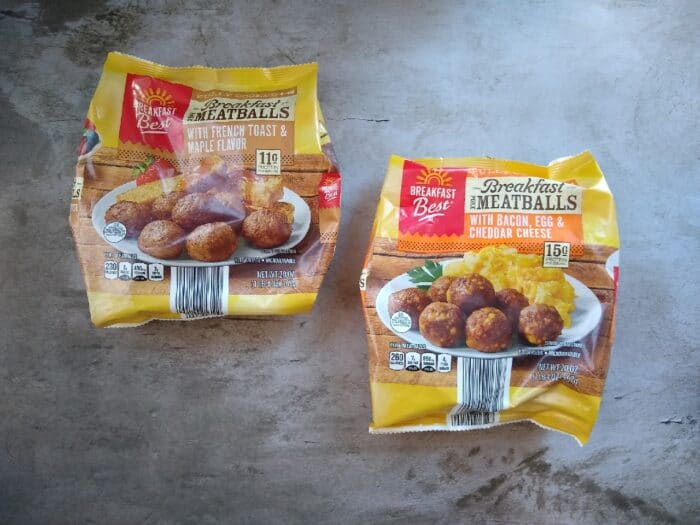 Meatballs and breakfast are not two things I think of pairing together. When I think of meatballs, I’m more likely to think of, say, a dinner meal where spaghetti is involved. But meatballs can come in different varieties, and with the right ingredients they can look a lot more like the first meal of the day than the third.

Recently Aldi sold a pair of breakfast meatballs: one with French toast and maple flavor, and the other with bacon, eggs, and cheese. Both meatball varieties were Aldi Finds, which means they were only in stores for a limited time, and Aldi doesn’t offer online ordering, so once they sell out at your local store, they’re gone. At the time of this post, they cost $4.99 for a 20-ounce bag, or right around 25 cents an ounce.

Both meatball flavors cook up the same, with both oven and microwave instructions. To cook in the oven, you first preheat the oven to 350 degrees, then put the meatballs in a single layer on a shallow baking pan and cook for 20-25 minutes, or until hot. To cook in the microwave, you place six frozen meatballs in a microwave-safe dish and cook for 35-40 seconds or until hot, adding 40 seconds for each six additional meatballs. 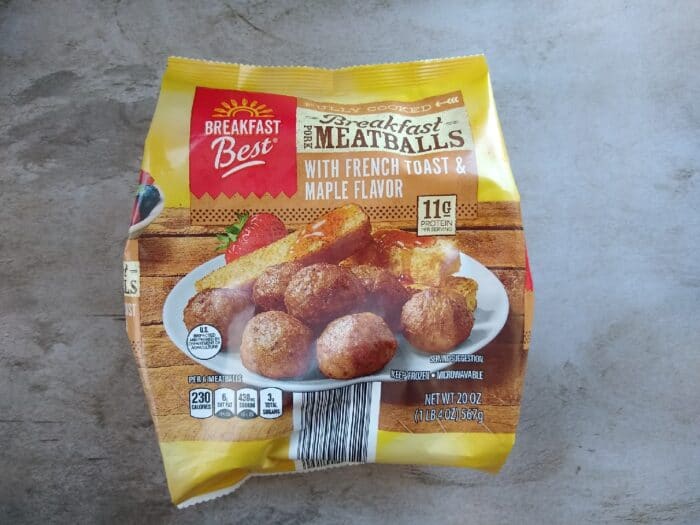 These meatballs are a combination of sweet and also a little savory. The sweetness is maple flavored — although more like the fake stuff than the real stuff — and there is a hint of French toast taste in them, although not a lot. Our family was divided on these: I thought they were decent, my wife thought they were merely okay, and our kids didn’t like them. This last part was a surprise, as one of our kids really likes the Breakfast Best Maple Flavored Sausage Patties, but that’s how it turned out.

Nutritionally, they’re processed and high in plenty of things that are bad for you. 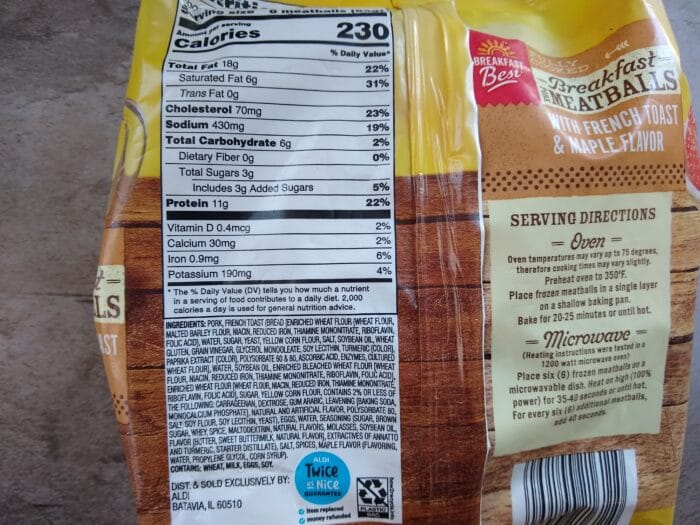 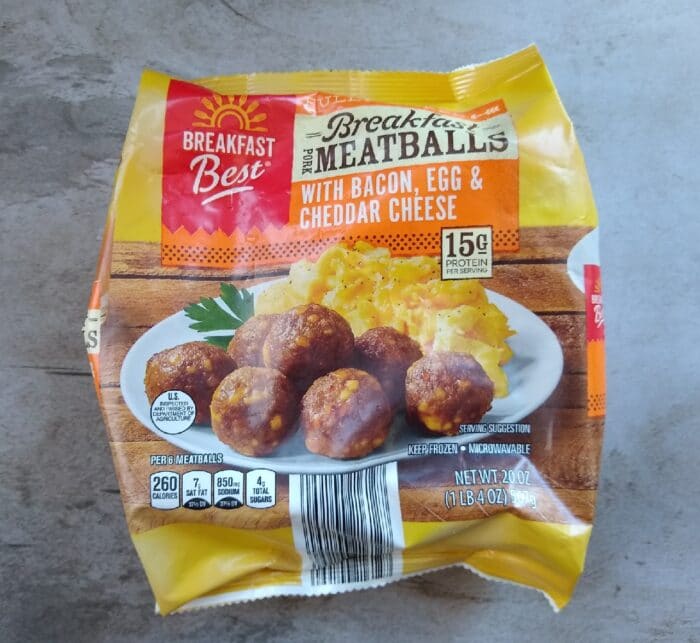 These meatballs are, as you would expect, savory. The taste of the bacon, egg, and cheese are all there, especially the bacon. The cheese was maybe a little less than the other flavors, but not by a huge margin. My family universally liked these, making them the clear winner in our house over the French toast ones.

These are also processed, and they’re even worse for you than the French toast ones. 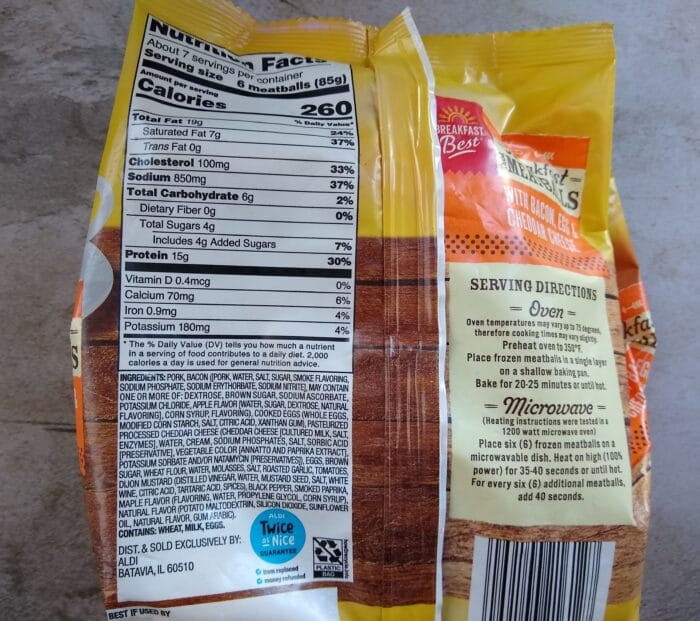 Kudos to Aldi for serving up meatballs that go with breakfast. Our family unanimously preferred the bacon, egg, and cheese ones to the French toast ones. I personally thought the French toast ones were fine, but that was not an opinion shared by the rest of my family. Both are high in fat, sodium, and cholesterol, so it’s just as well they’re only an occasional Aldi Find.