Cinco de Mayo is coming soon, and Aldi is getting into fiesta mode. The holiday, which Wikipedia says is celebrated more in the United States than in Mexico, literally means “fifth of May” and thus falls on May 5th. It celebrates the Mexican army’s victory over the French Empire at the Battle of Puebla on May 5th, 1862. While the battle lifted Mexicans’ spirits, unfortunately, a year later the Mexican army suffered a defeat that eventually led to Mexico City’s fall to French invaders.

Cinco de Mayo is not to be confused with Mexico’s Independence Day, which is celebrated on September 16th and commemorates Mexico’s independence from Spain.

In the U.S., Cinco de Mayo is an opportunity to celebrate Mexican-American culture, and beer and wine companies have helped to popularize the holiday during the past few decades.

Recently, Aldi stocked its shelves with limited-time Cinco de Mayo specials that include corn masa bites, street tacos, churros, salsas, taco seasonings, and specialty tortilla chips. Among the Mexican-inspired goodies were two types of empanadas, and I bought both to try.

Empanadas are a fried or baked pastry shaped like a crescent moon and stuffed with almost any kind of filling, including meat, cheese, vegetables, and even fruit. 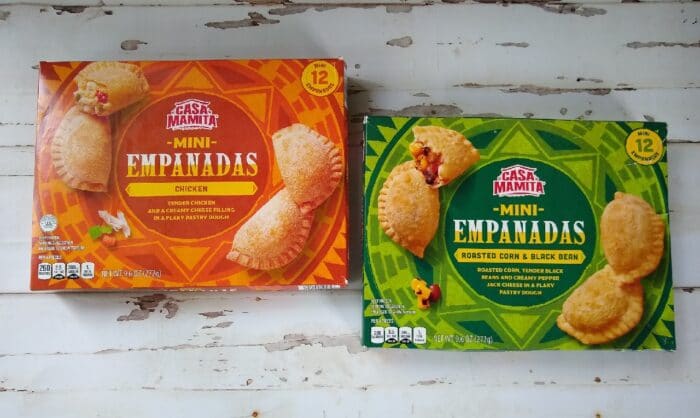 Casa Mamita Mini Empanadas cost $4.79 for a 9.6-ounce box at the time of publication. They were sold in chicken or roasted corn and black bean varieties.

These are an Aldi Find, which means they’re only in stores for a short time. Aldi does not offer online ordering on its specials, so if these are sold out at your local store, you’re out of luck.

These are sold frozen, and each box contains 12 mini empanadas. One serving is four empanadas, which means each box has three servings.

If you’re avoiding allergens, both varieties of empanadas contain milk and wheat. 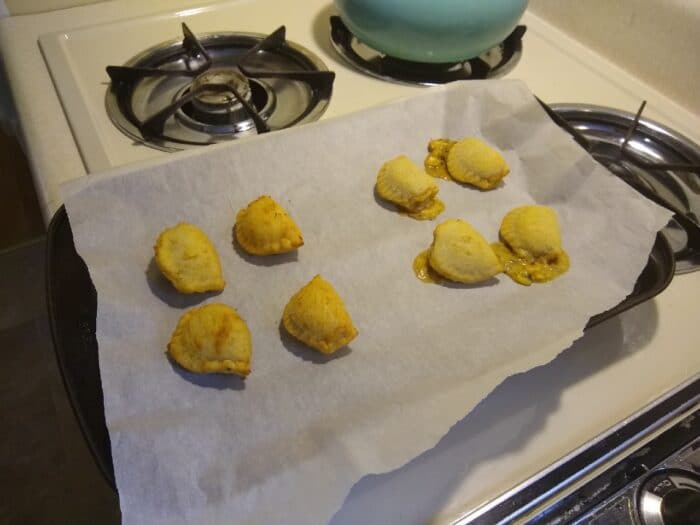 The box has instructions for baking these in the oven. To bake, preheat the oven to 375 degrees Fahrenheit. Remove empanadas from all packaging and place them about 1/2″ apart on a parchment-lined baking sheet. Bake for 12-15 minutes. Let stand a few minutes before serving.

I pulled my empanadas from the oven after 12 minutes, mostly because the roasted corn and black bean ones were oozing filling. They were all heated through.

Keep reading for more information on each flavor. 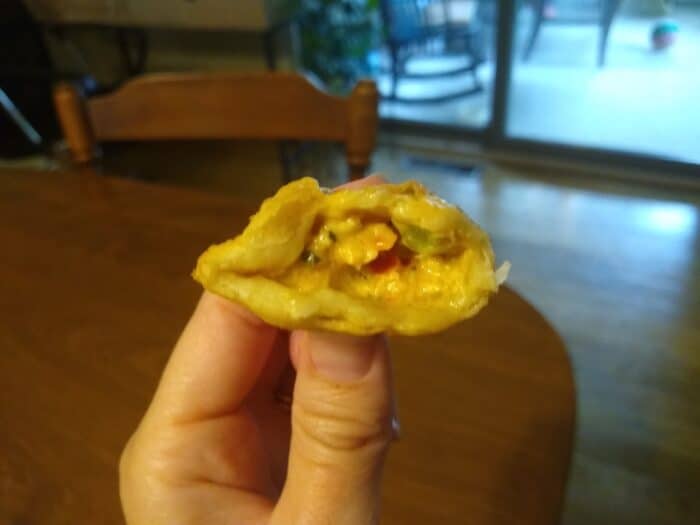 These are described as “tender chicken and a creamy cheese filling in a flaky pastry dough.” These contain small bits of shredded chicken and pieces of peppers and onions in a cheesy sauce.

I thought these were the more flavorful of the two types of empanadas. 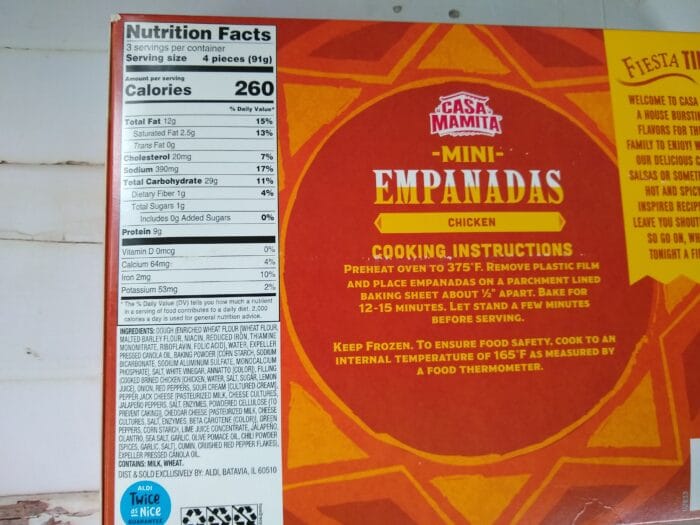 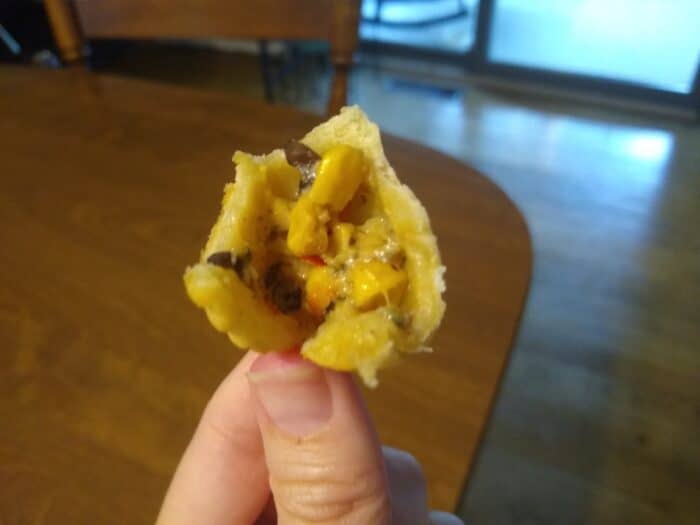 These are described as “roasted corn, tender black beans and creamy pepper jack cheese in a flaky pastry dough.” These had a lot of corn kernels in them, and while I saw quite a few bean skins I didn’t see many whole or even partial beans. The beans seem to have gotten mushed up in the filling, so they’re less noticeable in terms of texture and taste. You can also see small pepper pieces mixed in with the corn.

I didn’t think these were as flavorful as their chicken counterparts, but they’re still good, and which type you like best will depend on your personal preferences. 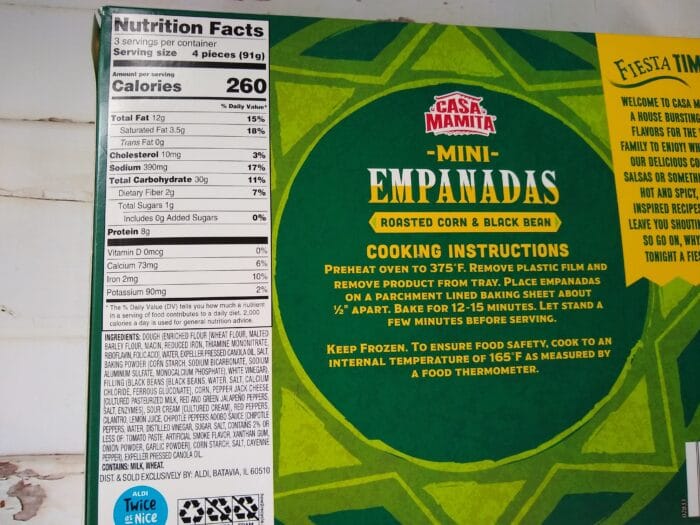 Casa Mamita Mini Empanadas come in chicken and roasted corn and black bean flavors. They bake up easily and are a savory, cheesy pastry treat. They’re both good, but we like the chicken ones best.