It’s currently German Week again at Aldi, a time of year many Aldi fans look forward to with eager anticipation. Aldi has its roots in Germany, so it’s always an interesting experience to see what kinds of German products or German-inspired products the grocer stocks at this time.

We’ve written extensively about many of the items in the Aldi Deutsche Küche line of German products, and you can read about them in our roundup post here. We also have individual posts about savory chicken schnitzel and indulgent German cream cakes that occasionally show up at Aldi.

Today, we’re looking at some German style pickles in the Deutsche Küche line. 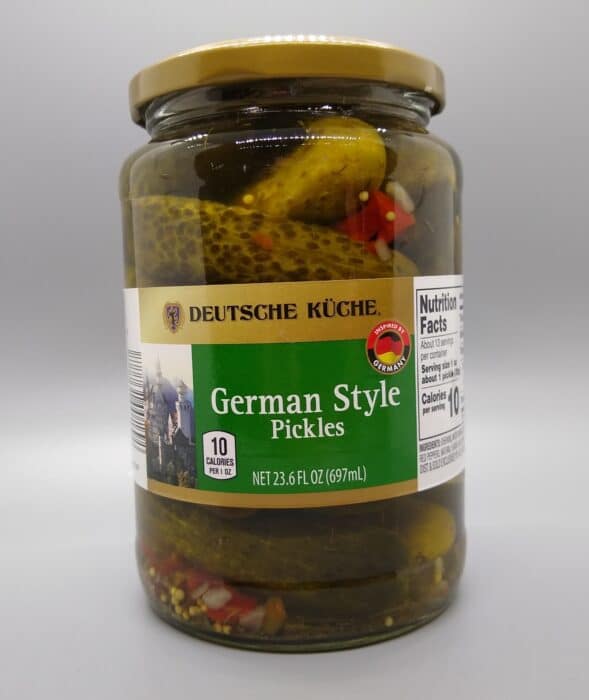 Deutsche Küche German Style Pickles cost $2.69 for a 23.6-ounce jar at the time of publication. These are not a product of Germany but instead are from India, with a label on the front of the jar that says they are “Inspired by Germany.” That’s also the case with Deutsche Küche Cornichons, which are made in India and which Aldi also often sells occasionally alongside various German foods.

Keep in mind that these German style pickles and all other Deutsche Kuche products are Aldi Finds, which means they’re only in stores for a short time. Each store gets one shipment, and after things sell out, they’re gone until the next time Aldi decides to stock German items. Aldi doesn’t offer online ordering for its specials either, so once they’re gone from your local store, you’ll have to wait a few months to get them again. 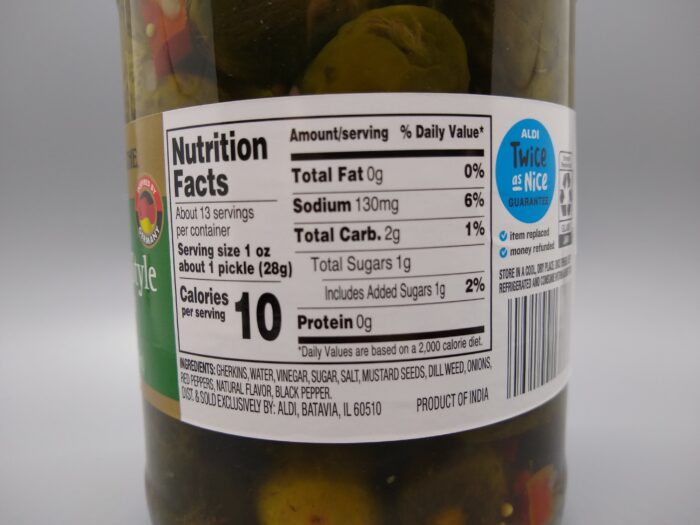 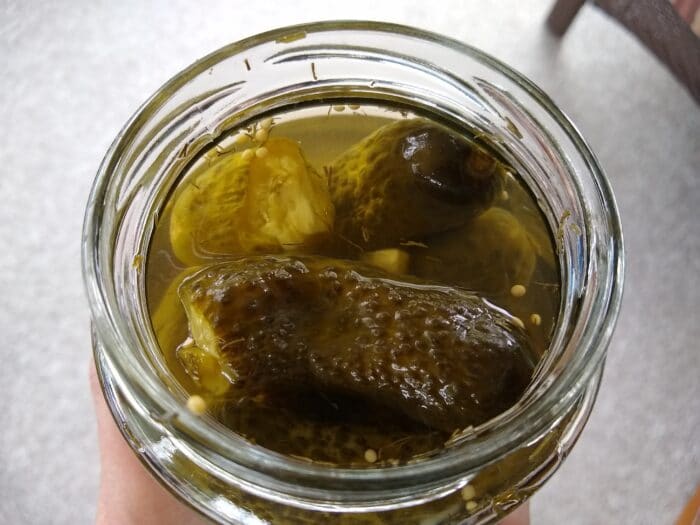 As for how these taste, they’re a sweet pickle with hints of sour, salt, and dill. I don’t care for sweet pickles as much, usually preferring sour dills instead, but these are pretty good. They don’t taste as intensely sweet as traditional sweet pickles. They also have plenty of visible little bits of red bell pepper, mustard seeds, onion, and dill floating among the gherkins to make them look fancy. Overall, they’re pretty good.

Deutsche Küche German Style Pickles have a primarily sweet taste with notes of sour dill, mustard, bell peppers, and onion. We like them better than regular sweet pickles, and they make a good snack or addition to a charcuterie board.