Skip to content
Home Features Trader Joe’s Stock: Can You Buy It?

Trader Joe’s Stock: Can You Buy It? 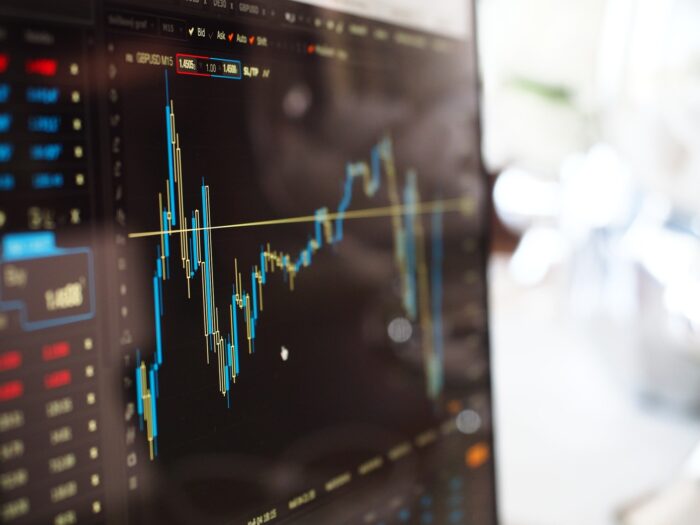 Trader Joe’s is one of the most intriguing grocery store chains in the United States. For one thing, it doesn’t look anything like most other stores, with a décor and sense of humor you don’t see many other places. The store’s private label products have a distinct personality, and the cashiers are some of the most friendly workers you’ll ever meet.

As cool and fun as Trader Joe’s is, would-be investors are bound to wonder: can you buy stock in Trader Joe’s?

The answer is no, you can’t. To understand why, it’s helpful to understand the history that led Trader Joe’s to where it is today.

A Brief History of Trader Joe’s

In 1958, a businessman named Joe Coulombe founded a chain of convenience stores in Los Angeles, California, called Pronto Market. Coulombe came to realize that Pronto would have trouble distinguishing itself from other convenience stores, especially 7-Eleven. He went in search of a new idea.

While on vacation in the Caribbean, he had a revelation. He saw how the Tiki fad of the time was showing up with American travelers. He came back to the States and put that knowledge to work by creating a full grocery store that also had an irreverent Tiki vibe to it. Trader Joe’s, with its weird-but-entertaining climate, launched in Pasadena, California, in 1967.

In the late 1970s, Trader Joe’s caught the eye of a wealthy German business owner named Theo Albrecht. Theo had founded a company called Aldi with his brother Karl back in the early 1960s, but the two Albrecht brothers were divided over whether or not to sell cigarettes and other tobacco products in their stores. The two brothers decided to split their company into two: Karl took ownership of Aldi Nord, while Karl took Aldi Süd. (That means that, technically, Aldi is not one, but two separate companies.)

Despite the split, the Albrechts weren’t exactly competitors. They worked together in some of their business operations, such as making big purchases. To this day, the two Aldi companies operate in overlapping, complicated ways. Some of it is obvious, like the common international website the two run, but much of it takes place out of the public eye.

One way the two Albrecht brothers cooperated was in how they divided up markets. Aldi Nord and Aldi Süd took great care (and still do) not to infringe on one another’s markets. Aldi Nord, for example, operates in northern Germany, while Aldi Süd runs in the southern part of the country. The two companies also split up what other countries they operated in, with neither of them existing together inside the same borders.

In 1976, Aldi Süd landed on American shores when it founded Aldi US. As big as America is, though, Aldi Nord saw opportunity in the States, too. That’s why, in 1979, Theo Albrecht decided to purchase Trader Joe’s from Joe Coulombe. Rather than rebranding it as Aldi Nord, Theo let Trader Joe’s be Trader Joe’s, keeping its unique vibe even as it expanded to over 500 stores nationwide. When we reached out to Trader Joe’s a few years ago, a representative confirmed to us that the company, based out of Monrovia, California, operates independently from Aldi Nord. That makes TJs a distant cousin to Aldi US.

Can You Buy Stock in Trader Joe’s?

The more accurate question is: can you buy stock in Aldi Nord, which owns Trader Joe’s? The answer to that question, as I said at the beginning, is no.

Both Aldi Nord and Aldi Süd are what are known as privately held companies. That means they don’t sell stock. Instead, both companies are owned by the Albrecht family. Karl and Theo are no longer alive — both passed away during the 2010s — so control of their companies has fallen to their children and other relatives. Aldi is not the only grocery store that is privately held: others include H-E-B, Hy-Vee, Wegmans, and Aldi rival Lidl.

There are pros and cons to being privately held. The biggest negative is that it cuts off a major source of money. Stock sales can make a lot of money for the company. That’s why companies offer initial public offerings, or IPOs. It gives the company a windfall to do all kinds of things.

The biggest positive to being privately held is that a privately held company doesn’t have to think in terms of stockholder demands or short-term earnings. A private company like Aldi can think long-term, doing things that may not be big right now but will pay off down the road.

Clearly, this has paid off for Aldi … and for Trader Joe’s. Trader Joe’s is the most profitable grocery store per square foot in America, a testament to the vision that the company has held to over the years.

What Other Grocery Stores Can You Invest In?

If you’re a grocery investor, you do have other options. Walmart, for example, sells stock. First established in Arkansas back in 1962, it started selling stock in 1970 and is now currently the world’s largest company in terms of total revenue, thanks to both Walmart and its other big store, Sam’s Club. Walmart isn’t the first name you think of when you think small inventory, but it does run some small-inventory stores known as Walmart Neighborhood Markets.

Kroger also sells stock. Founded in 1883 in Cincinnati, Ohio, Kroger went public in 1977, and is now the largest supermarket in America, and the second-largest general retailer in the nation just behind Walmart. Kroger also isn’t a small store, but it, too, does run a small inventory store known as Ruler Foods.

The Onex Corporation is a third company that offers stock, this time through the Toronto (Canada) Stock Exchange. Onex is an investment company that, among other holdings, owns Save-A-Lot, a small inventory grocery store with 1,200 stores across 36 U.S. states.

And then there’s Amazon. It’s not cheap (expect to pay thousands), but you can buy stock in Amazon. Amazon has a big and growing grocery business, including Whole Foods. It also operates Amazon Go, a fledgling chain of checkout-free stores that is trying to reinvent the grocery business.

So if adding grocery stock to your portfolio is really important, there are options. They may not be exactly what a Trader Joe’s fan wants, but they’re the next best option.