If there’s one thing Aldi offers a lot of choices with during the Thanksgiving season, it’s stuffing mix. I tend to be a fan of all of it, from the traditional stuffing to Hawaiian stuffing to riced cauliflower stuffing, and even sourdough stuffing. Whatever your preference, Aldi has the perfect complement to your turkey or ham dinner. 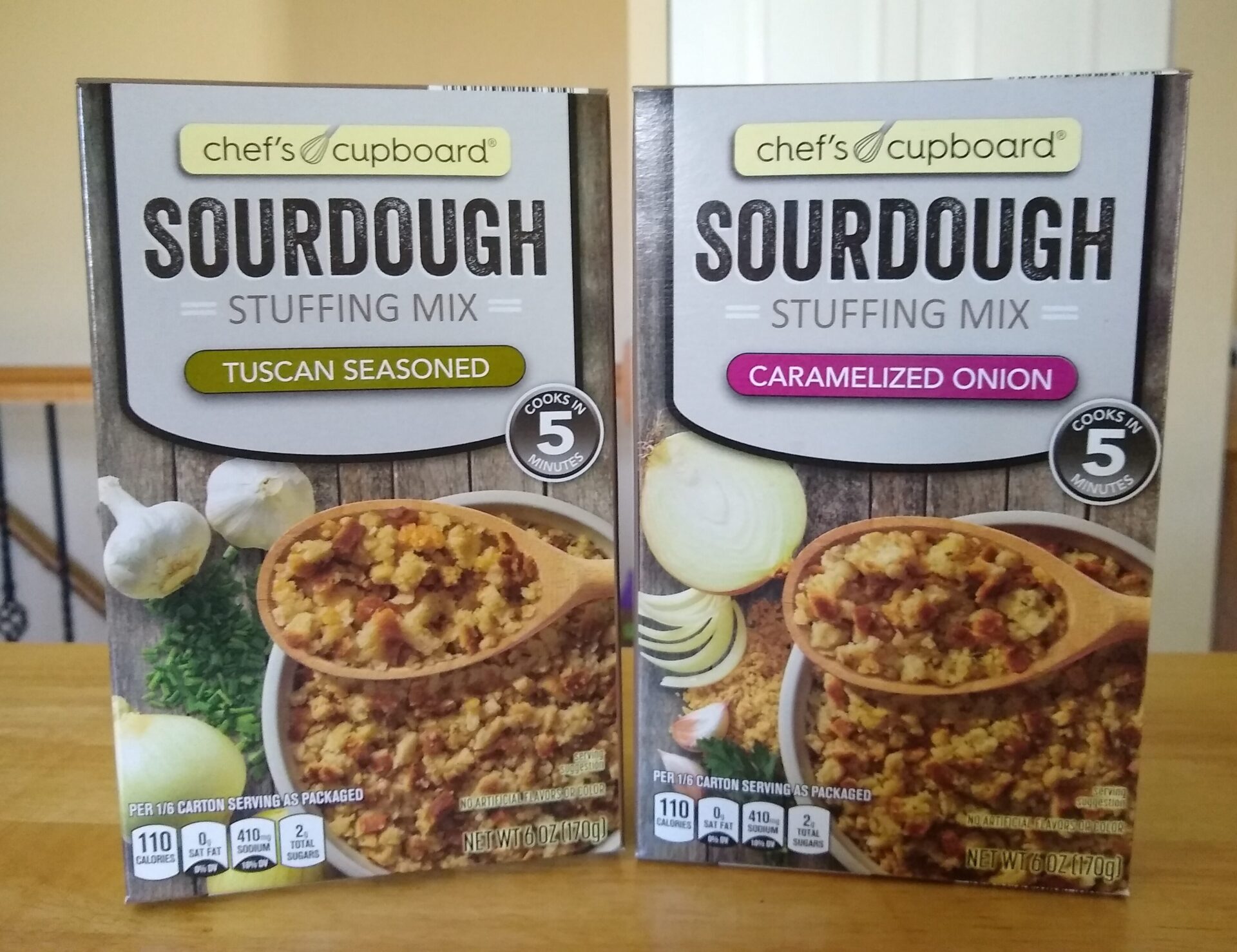 Chef’s Cupboard Sourdough Stuffing cost 99 cents for a 6-oz. box at the time of publication. It comes in two varieties: Tuscan Seasoned or Caramelized Onion. The sourdough stuffing is an ALDI Find (Special Buy), which means it will be in stores for a limited time, and once it’s sold out it won’t return until the next year. 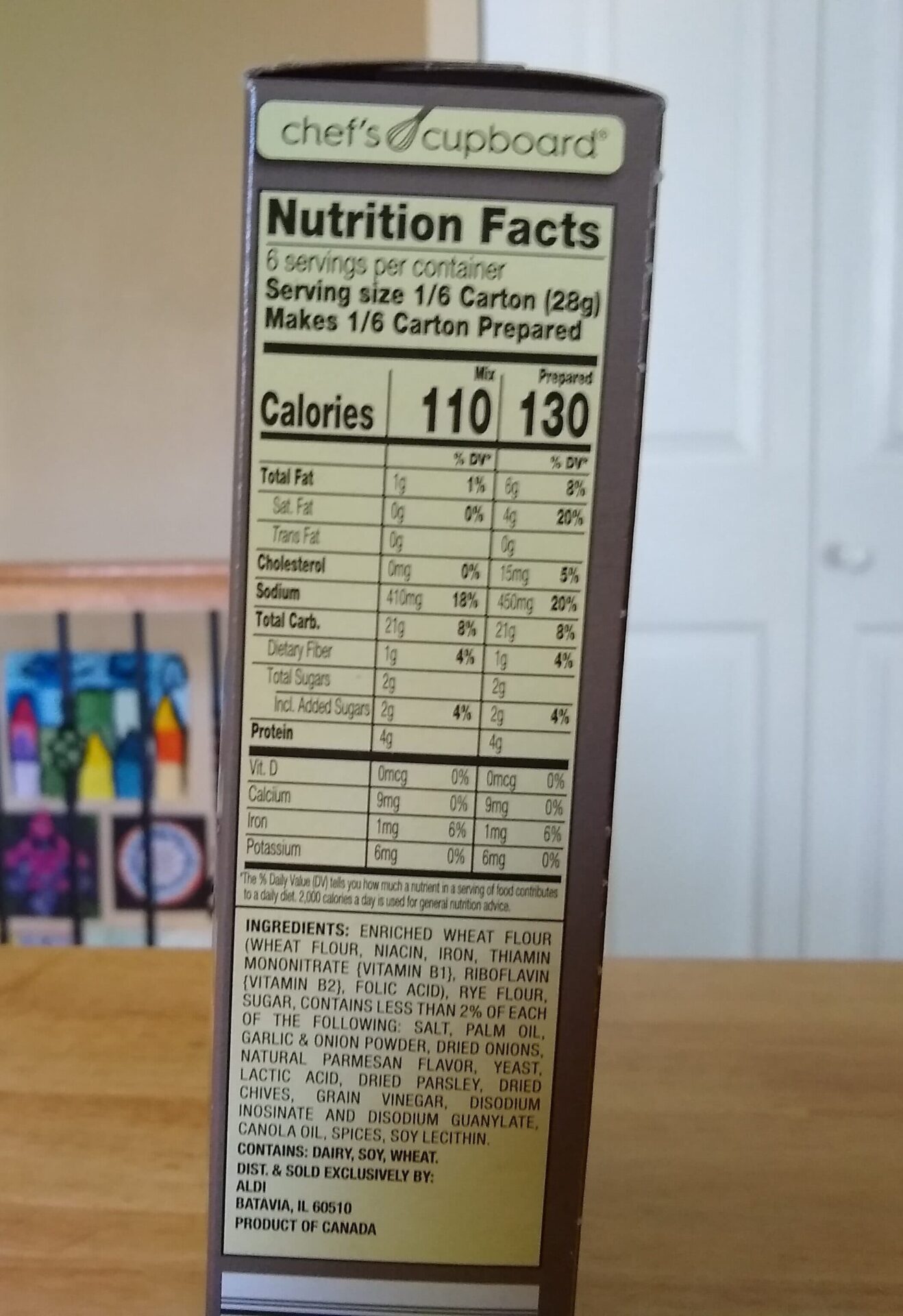 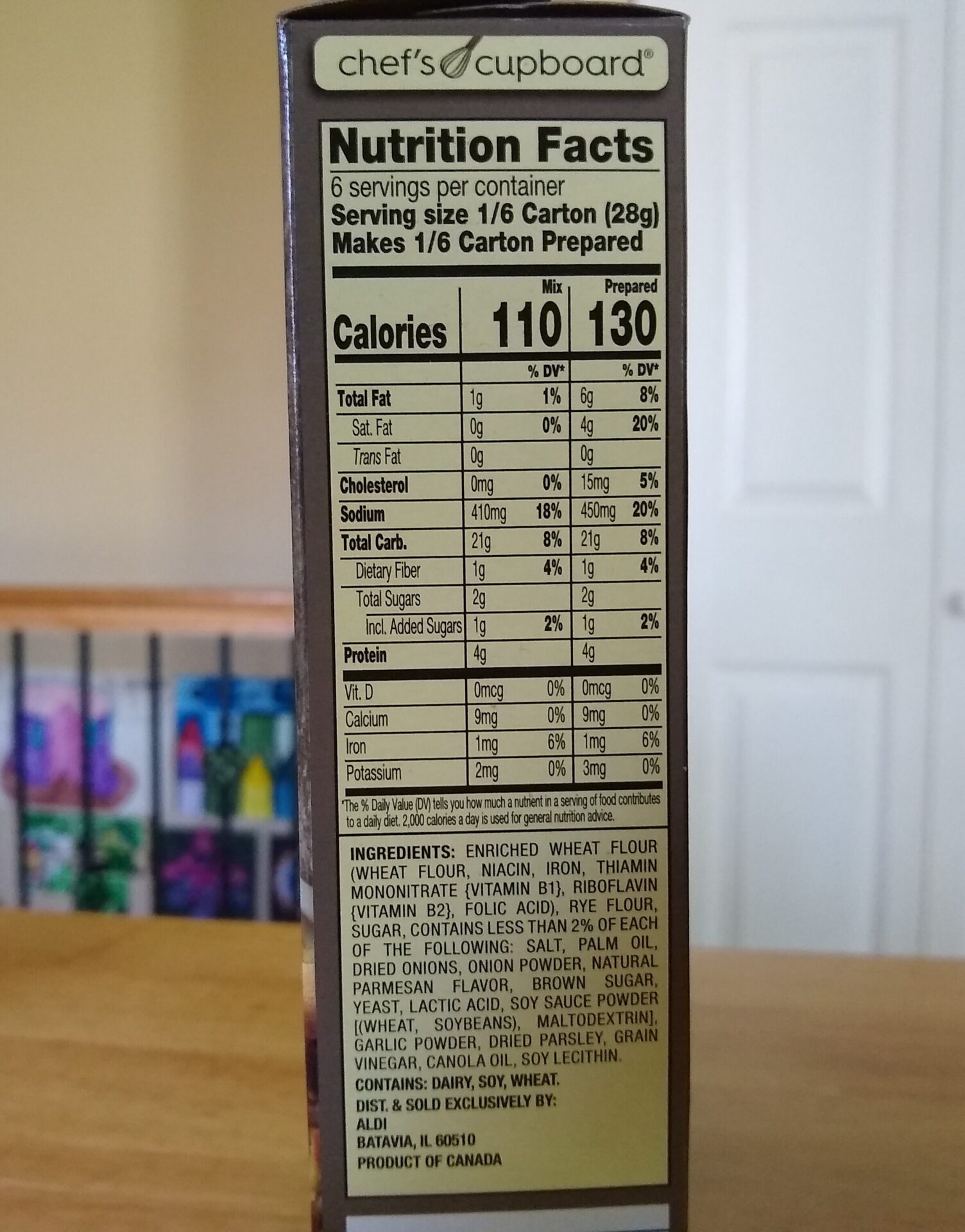 The primary ingredient for both varieties is enriched wheat flour. Those with allergies should be aware both flavors contain dairy, soy, and wheat. The stuffing is a product of Canada.

The stuffing can be prepared on the stove top or in the microwave.

To prepare on the stove, heat 1 1/4 cups of water and 1/4 cup (half a stick) of butter to a boil (melt butter completely) in a medium saucepan. Stir in contents of the stuffing mix pouch. Remove from heat, cover, and let stand for 5 minutes. Fluff with a fork and serve.

To prepare in the microwave, mix the contents of the stuffing mix pouch with 1 1/4 cups of hot water and 1/4 cup (half a stick) of butter, cut into pieces, in a 1.5-quart microwave-safe bowl. Cover and microwave on high for 5 to 6 minutes. Fluff with a fork and serve.

My family liked both flavors of this stuffing. It’s not all that different from traditional stuffing, but it has a certain tang and slight sour notes that are distinct to sourdough bread. It’s a nice complement to both turkey and ham. We liked it so much that I bought several more boxes when it went on clearance for 50 cents a box at my local Aldi.

Chef’s Cupboard Sourdough Stuffing is like traditional stuffing but with the classic tangy taste of sourdough bread. If you’re a fan of sourdough bread or are just looking for something different when it comes to stuffing, this is worth trying.