I haven’t seen a particular rhyme or reason to when Aldi sells clocks, although back-to-school season sometimes serves as a reason to sell clocks alongside dorm décor. It just so happens that, in 2021, Aldi sold a clock right around the time that college kids were (mostly) headed back to school. 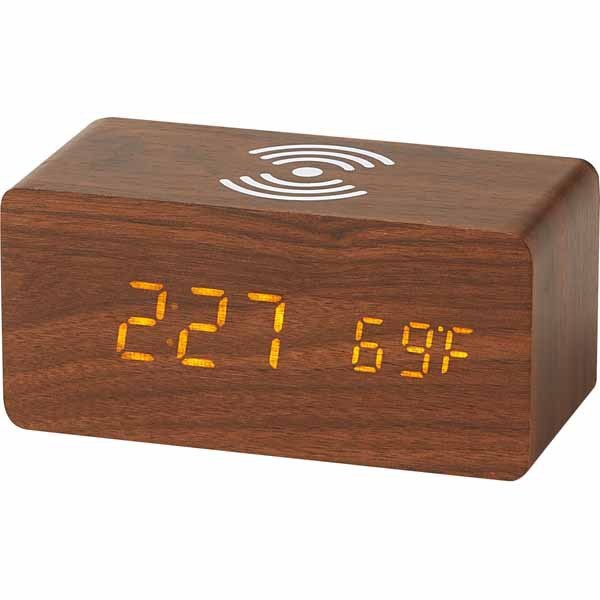 The Bauhn Wireless Charging Clock (Product Code: 704694) is an Aldi Find, meaning it’s only in stores for a short time. At the time of this post, the clock costs $14.99. That’s well below most other wireless charging clocks like this one that I see online. It comes in either black, dark wood, or light wood.

Wireless charging is a relatively new technology that most users may not know much about. In the mid-2010s, there was even a sort of war between different charging formats before one of them — Qi, pronounced “chee” — emerged victorious. If you have a phone or tablet that supports wireless charging, it probably supports the Qi standard.

This is a debut product for Aldi, which means we don’t know how well it works or how long it lasts. Aldi did not release much information on its site about the clock ahead of release. Unfortunately, since we don’t have devices compatible with wireless charging, we won’t be able to put this one through the paces.

Do you have experience with this clock? Let us know in the comments.