By most measures, Aldi is a better store than it was in the 1980s and 1990s. Gone are the days when the German grocer was a “stock-up store,” with bland boxes of average food lining the aisles. In its place is a supermarket that has systematically upped its game in nearly every respect, with better stores, better quality products, and a better mix of limited stock items. And it has accomplished this while remaining one of the most affordable options in the business.

You can still buy bargain-cheap staples like macaroni and cheese, but Aldi also sells more premium items, too. One of Aldi’s more prominent higher-end private labels is Park Street Deli. Aldi uses that house brand for an array of mostly refrigerated products, such as layered dip, chicken salad, burnt ends, and Italian snack trays. (And if you want more than cheap basic mac and cheese, you can also find a more premium option under Park Street Deli.) 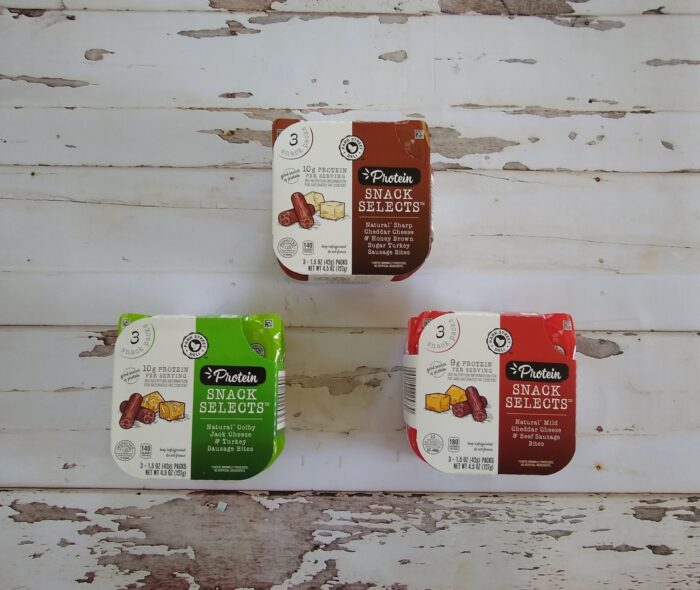 Park Street Deli Protein Snack Selects are an Aldi Regular Buy. That means you can find them in stores every day. At the time of this post, each 3-pack cost $3.69. Since each individual pack has 1.5 ounces of food, the price comes out to 82 cents an ounce. You could do better buying the cheese and meats individually and then cutting them up, but you do get some convenience for these. All of them come in individual packs and should be kept refrigerated until eaten.

At the time of purchase, Aldi was selling a mixed case of three varieties. We tried out all three.

Before I get a little into each one individually, a note about nutrition: they’re all high in fat and sodium, especially the beef. They also do have a lot of protein. I’ll let you draw your own conclusions about the ingredients. 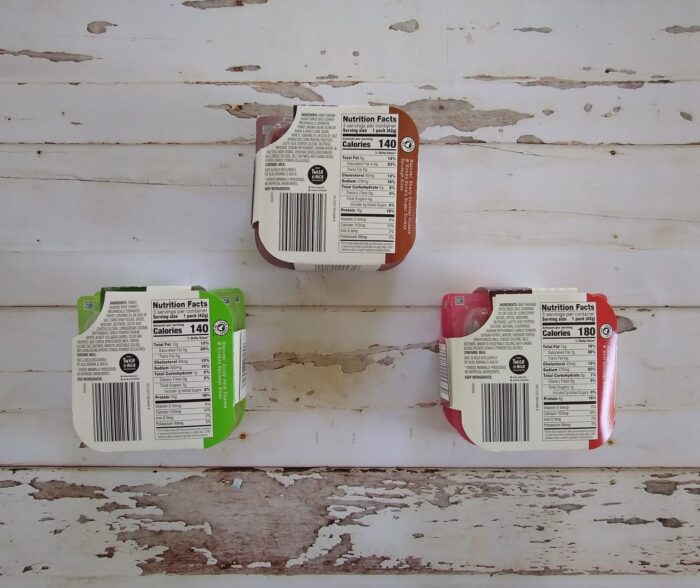 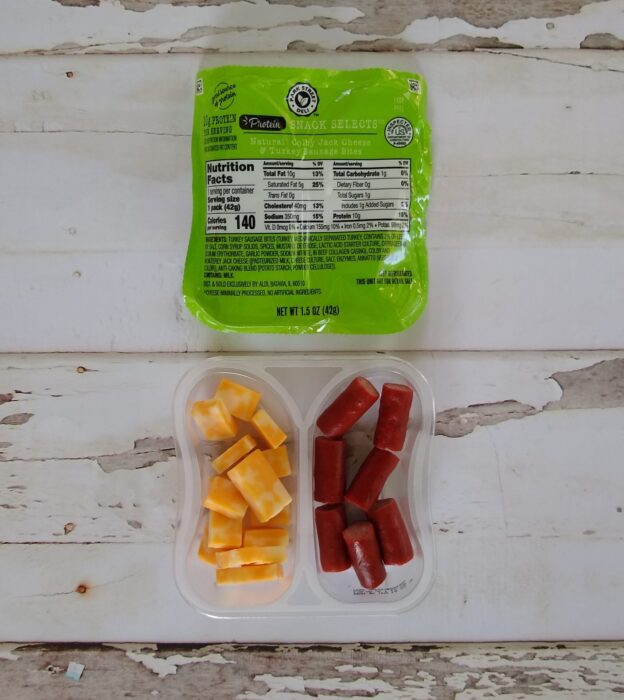 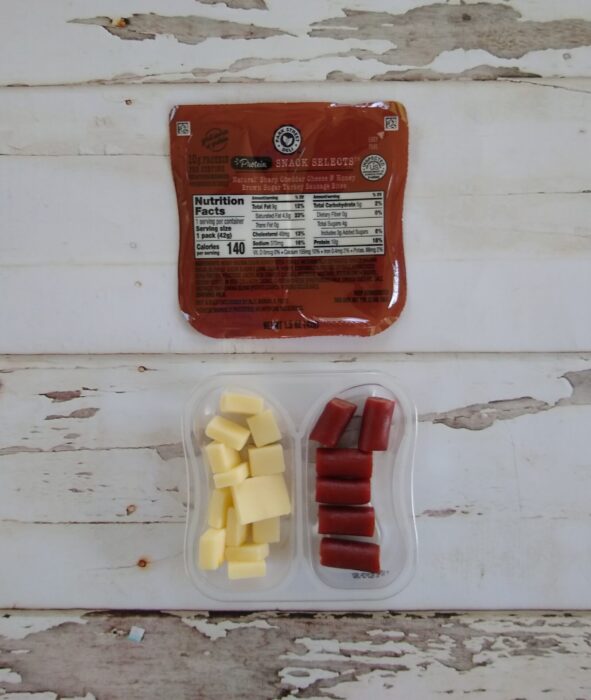 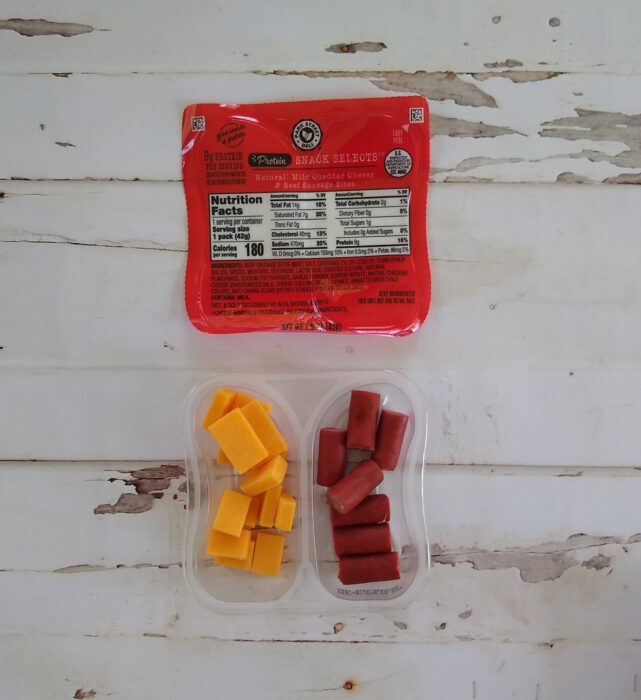 The red pack is a mix of mild cheddar and beef sausage bites. Both are solid: the mild cheddar tastes like we would want mild cheddar to taste, and the beef bites are flavorful, if higher in fat than the turkey bites.

Park Street Deli Protein Snack Selects are tasty trays if you’re a meat and cheese fan. We are fans, and we liked all three of the packs. If you put us on the spot, we’d probably choose the sharp cheddar and honey brown sugar turkey in the brown pack, but we appreciated getting to taste them all. They’re not cheap and are high in fat and sodium, but they might make for a nice occasional snack at work or in other times when you can’t chop up your own meat and cheese.