One of my family’s favorite cuts of meat is the pork butt. When cooked long and low in the slow cooker, this meat becomes tender and easily shreds apart, giving you pulled pork. One of the best things about pulled pork, besides its taste, is its versatility. It can be eaten on its own, with a side of barbecue sauce for dipping. You can serve it on hamburger or brioche buns. It makes a great nacho topping. It’s also fantastic served in a tortilla wrap or atop a loaded baked potato. 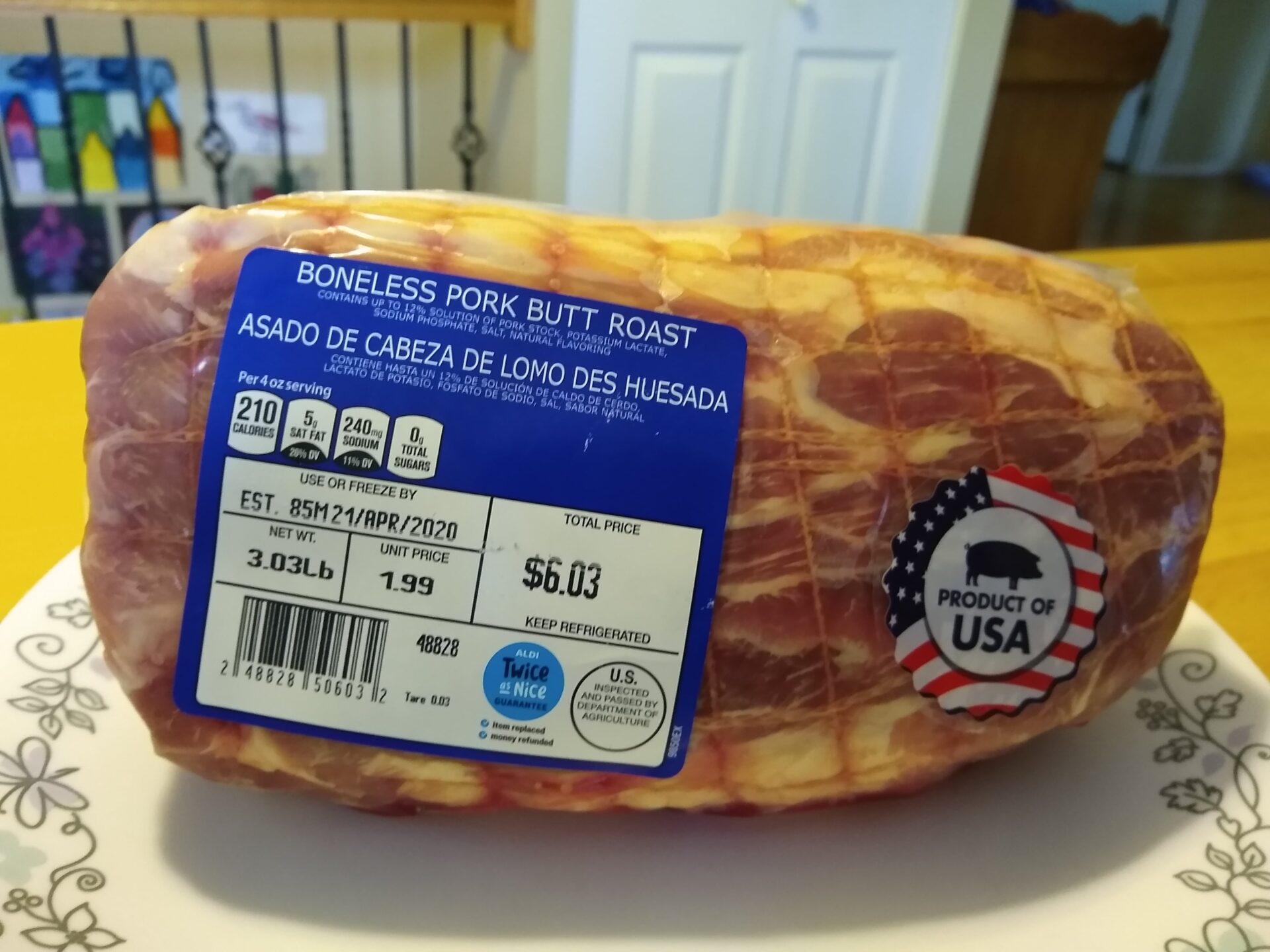 Despite the name, pork butt actually comes from the pig’s upper shoulder. It’s a tough cut with a lot of connective tissue, which lends itself well to slow cooking.

At the time of writing, Aldi’s boneless pork butt roasts cost $1.99 per lb., and I purchased a 3.03-lb. pork butt for $6.03. As is the case with many meat cuts, it’s possible the price per pound may vary over the course of a year, depending on market conditions.

My family can get several meals out of one roast, which makes it an economical cut of meat, and the cooked meat freezes well in storage containers if you don’t plan to eat it all right away.

Aldi’s pork butt roast has a sticker stating it’s a product of the U.S., but it does not say where in the U.S. it is from. It contains up to a 12% solution of pork stock, potassium lactate (to extend shelf life), sodium phosphate (another preservative), salt, and natural flavoring. 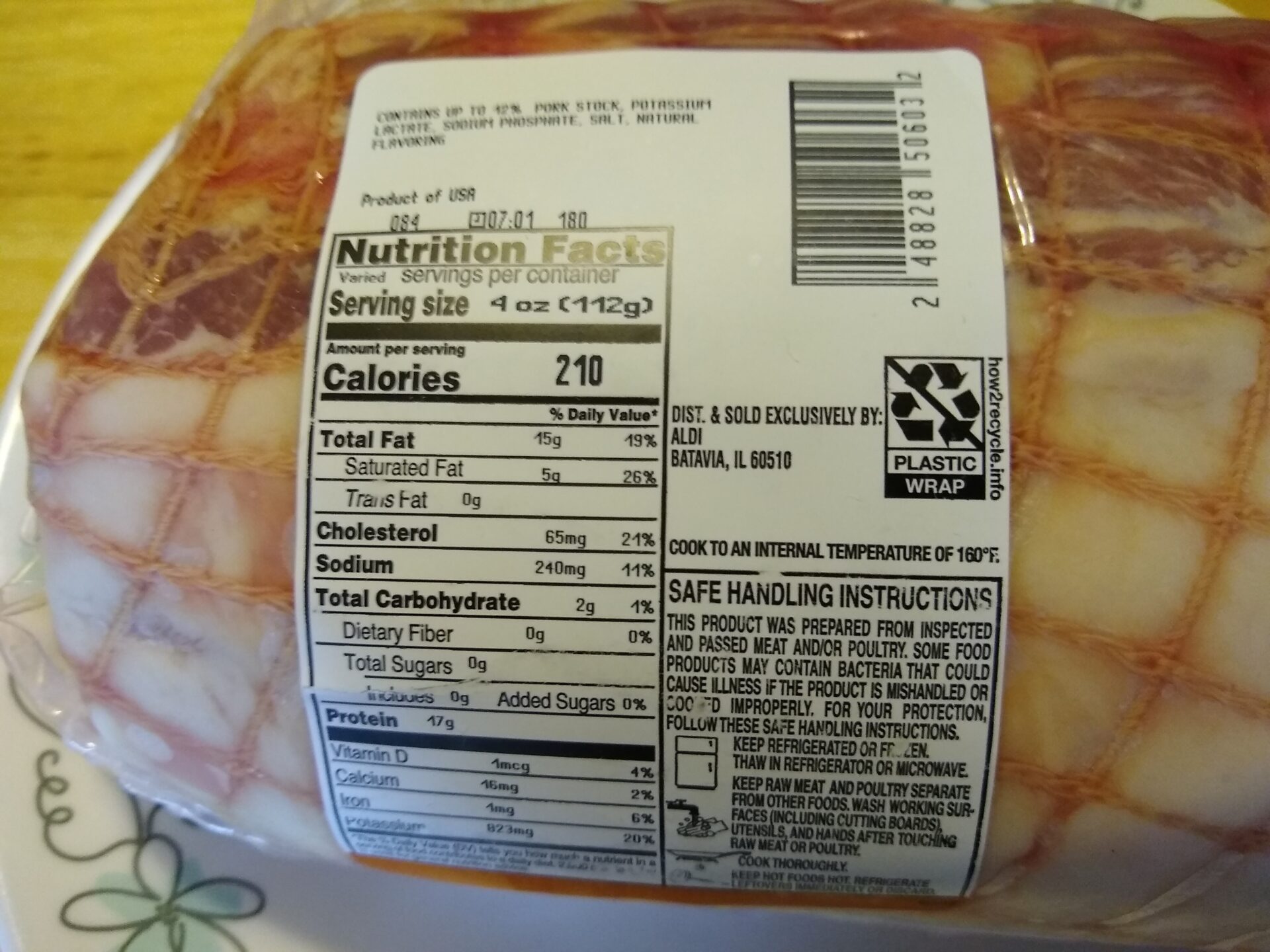 There are no cooking directions on the package, but it does state the meat should be cooked to an internal temperature of 160 degrees.

I usually cook mine in a slow cooker coated with some nonstick cooking spray. I remove the netting around the meat, drizzle the meat with oil, sprinkle it with salt and pepper, and heat it on low for around eight hours. You can add a cup or two of water or broth if you want (or some people add a can of root beer), but my pork tends to come out moist even without adding liquid.

Prior to serving, I remove it from the slow cooker, shred it with a fork and/or knife, and place it in a serving dish. When serving pulled pork sandwiches, I like to top the pork with a spoonful or two of coleslaw.

It’s perhaps not the healthiest meat because it has preservatives and added salt and natural flavoring, but if you’re looking for something low in carbs that can be served in a variety of ways, this is a tasty option.