If you’ve shopped at Aldi for any length of time, you’ve probably noticed the grocer sells a small selection of gluten free foods under its liveGfree private label. Gluten free items at Aldi include knockoff Red Lobster Cheddar Bay Biscuits that are quite good, along with mac and cheese and stuffed sandwiches.

For a recent chili night, I made another gluten free Aldi product: gluten free cornbread. 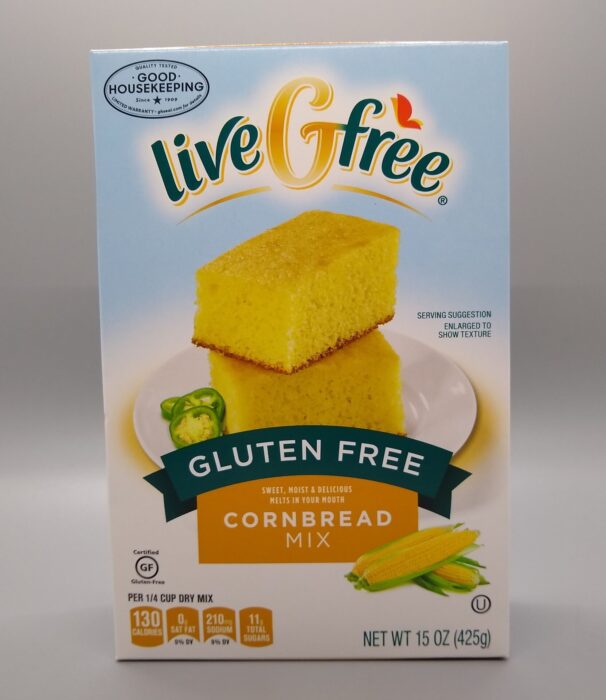 liveGfree Gluten Free Cornbread Mix cost $2.59 for a 15-ounce box at the time of publication. The package describes it as “sweet, moist & delicious” and says it “melts in your mouth.” This is kosher, bears the Good Housekeeping quality seal, and is sold alongside another mix for gluten free copycat Red Lobster Cheddar Bay Biscuits. It’s a Regular Buy, which means you should be able to find it at Aldi any time of year.

You’ll need a few extra ingredients to make this cornbread, including an egg, some milk, and some cooking oil.

To make this, preheat your oven to 375 degrees Fahrenheit. Beat 1 egg, 1/4 cup of milk, and 1/2 cup of oil in a large mixing bowl. Mix in the liveGfree cornbread mix and beat well for 2-3 minutes. Pour the batter into a greased 8″ x 8″ x 2″ pan. Let it stand 10 minutes. Bake until golden brown, approximately 30-35 minutes, or until a toothpick inserted into the center comes out clean.

This cornbread had a nicely golden brown top and was done baking in my oven after about 26-28 minutes, so you’ll want to keep an eye on it to avoid overbaking. 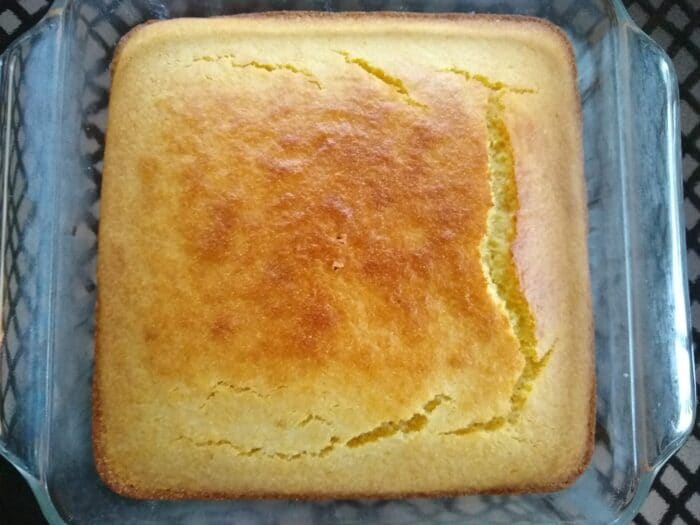 Gluten free cornbread in the pan, right after baking.

After allowing it to fully cool in the pan, it easily and neatly sliced up into squares when I cut it using a butter knife. Many types of cornbread are very crumbly and don’t always hold together when sliced, but this cornbread has a fluffy, soft texture and holds together well. 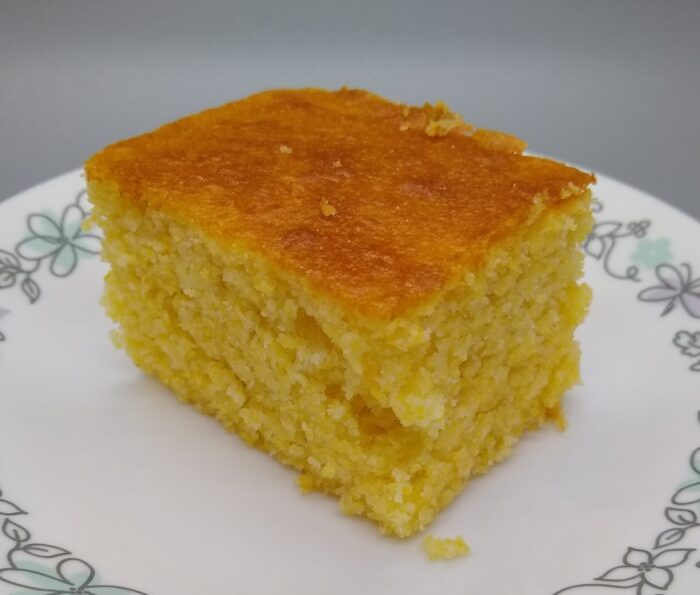 I served this alongside some slow cooker chili on a fall day, and it was a hit even with people who don’t usually eat a gluten free diet. If someone served this to me and didn’t tell me it was gluten free, I don’t think I would have guessed or noticed that anything is different about it. 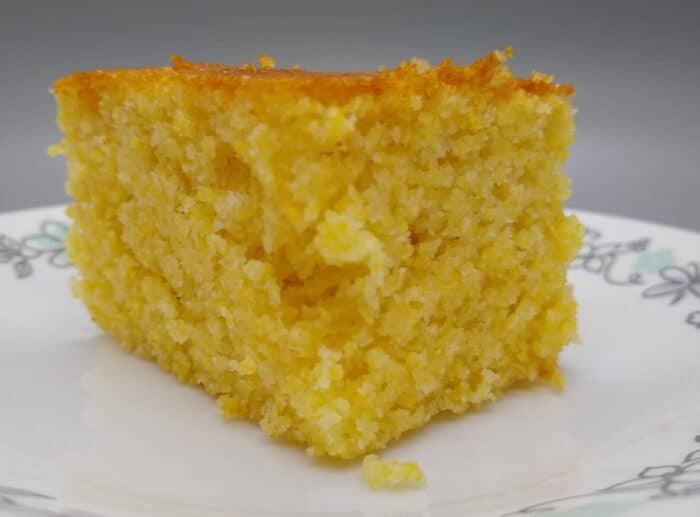 The cornbread is sweet but not overly so (it does list sugar as the primary ingredient). It is fairly moist and doesn’t have a gritty texture like some types of cornbread, and as mentioned above, it is quite soft. It went well sliced and served with butter, and some people also slathered jam on their slices. Overall, this Aldi gluten free cornbread gets a thumbs up from us.

liveGfree Gluten Free Cornbread Mix bakes up lightly golden brown, with a soft and slightly fluffy texture. It’s sweet and moist, and it’s surprisingly good. If you’re looking for a gluten free cornbread mix, this one is worth a try.