According to Wikipedia, English muffins are “a small, round and flat yeast-leavened sourdough bread which is commonly sliced horizontally, toasted, and buttered.” Not to be confused with the sweeter quick bread “American” muffin, English muffins are not sweet, which makes them a good bread for things like honey or jam. As the name suggests, these muffins trace their origins to England and are still popular today in much of the English-speaking world, including the United States, Australia, and New Zealand. They are, of course, also popular in the mother country.

Most grocers in the U.S. sell English muffins among their breads, including under name brands or under private labels. Aldi is no exception, selling the muffins as part of its L’Oven Fresh house brand. 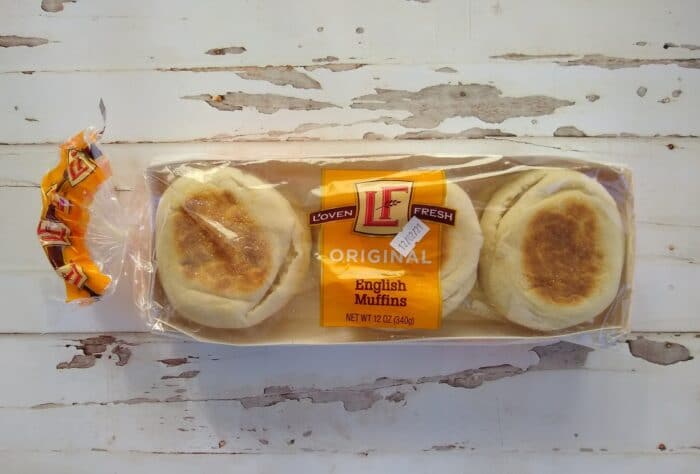 L’Oven Fresh Original English Muffins are an Aldi Regular Buy, which means you can find them in stores all the time. At the time of this post, the muffins cost $1.19 for a package of six whole muffins. That’s considerably less than the English muffins at my regional large-inventory grocery store.

Aldi English muffins usually come in only one standard variety or flavor, so you won’t see other options such as whole grain at Aldi like you often do at other larger grocers.

Keep in mind that L’Oven Fresh is an Aldi label, not a company. Aldi may source the English muffins from different suppliers in different parts of the country.

The muffins come in a thin cardboard tray wrapped in a plastic bag with a plastic clip on the end. The packaging is consistent with what I’ve seen with other English muffins, and it is easy to use and close. The muffins do come with an expiration date, so if you don’t plan to eat them soon, you may want to freeze them. I’ve had English muffins go moldy on me before, so you want to avoid that if you can.

These are technically pre-sliced, but I can’t say that I’ve had the best luck with prying Aldi English muffins apart with my hands compared to some name brands. It’s a tradeoff, I guess, for the lower Aldi price. Instead, I’ve learned to take a knife and cut down the muffin’s seam, which usually produces a clean split. Just be careful with the knife if you do so. 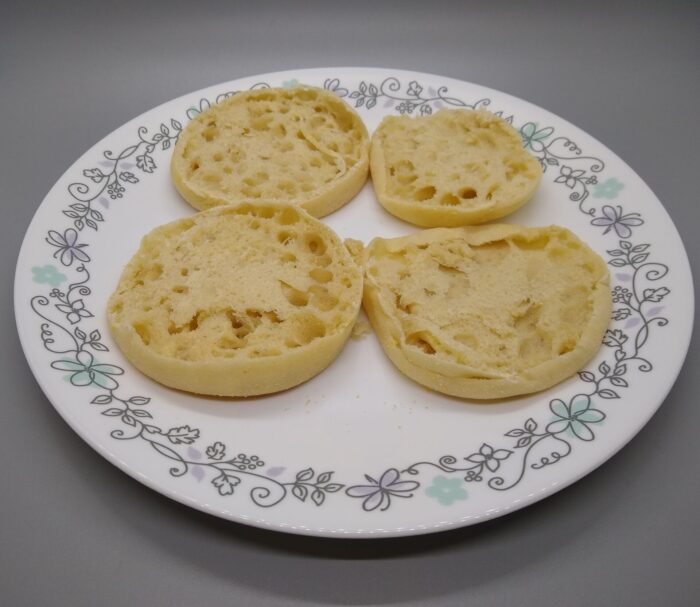 The muffins cook up easily enough. You can use a toaster or toaster oven. Like any bread, you’ll want to keep an eye on these, as they can go from toasted to burnt pretty easily. They can especially burn along the edges, and if the muffins get overcooked they can become pretty hard, even compared to normal bread.

I like the taste of these muffins. I’ll use them for jams, but I also like to make an Egg McMuffin-style sandwich with a cheese slice, an egg, and either sausage or bacon. Paired with a hash brown, I can make a pretty good McDonalds imitation. 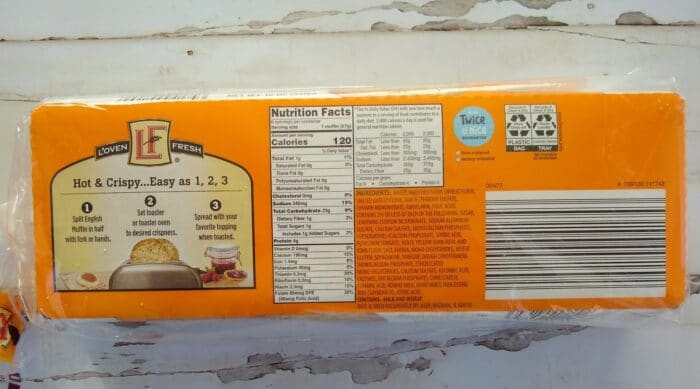 Aldi makes a respectable budget-priced English muffin. It isn’t the easiest to peel apart without a knife, but I think it toasts up as well and tastes like brand-name English muffins.