I’m not a huge pizza person, so most pizzas aren’t huge winners for me. I am, however, a big fan of pasta. I like making mac and cheese for lunch, and I’m a big fan of Aldi pesto when it comes around. So when Aldi released a different kind of pizza, getting the random idea to combine pizza and macaroni and cheese, we gave it a go. 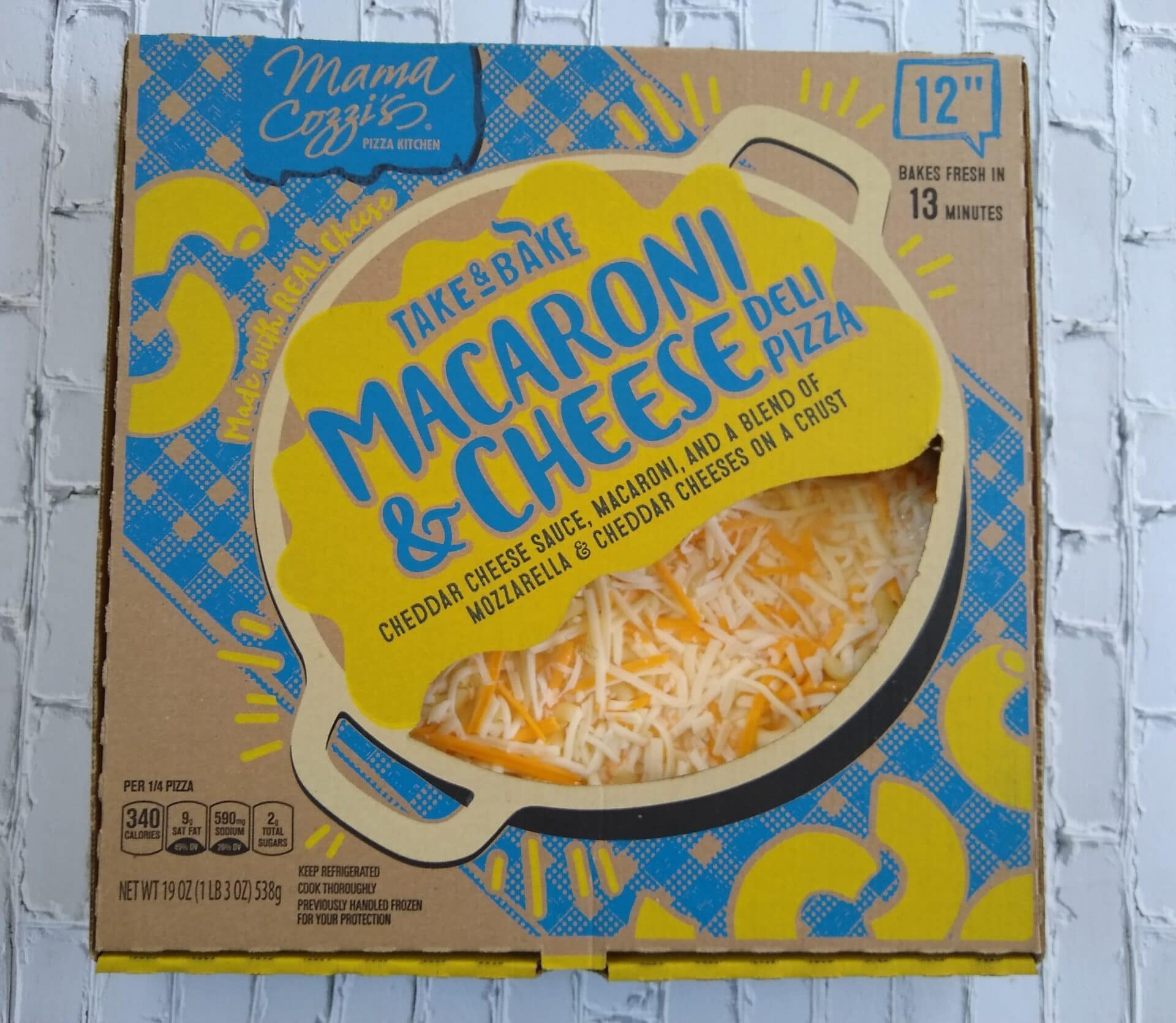 The Mama Cozzi’s Macaroni & Cheese Take & Bake Pizza is currently $5.99. It is an Aldi Find, so it’s in stores for a limited time and once it’s gone, it’s gone. You can’t order it online if it’s not in your local store.

This particular take and bake pizza has 4 servings. It’s a pizza, so of course it’s not good for you. One serving has 340 calories, 18g of total fat, 9g of saturated fat, 590 mg of sodium, and 30g of total carbohydrates. If allergens are something you look out for, this pizza does contain wheat, milk, and soy. 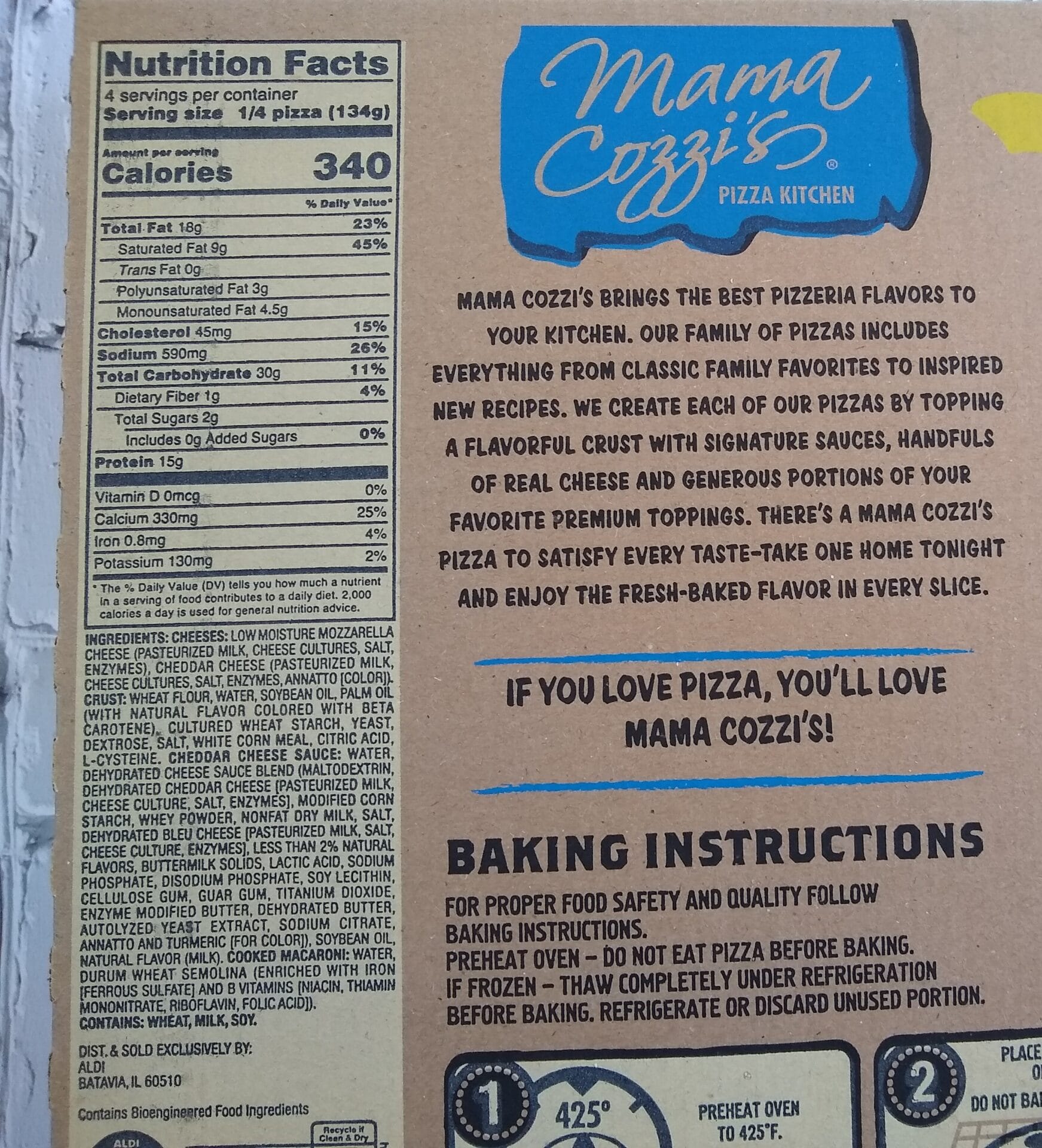 The baking instructions are extremely simple. You preheat the oven to 425 degrees and take the pizza out of the plastic and off of the cardboard tray. After the oven is preheated, you put the pizza in and bake it for 10-13 minutes or until the cheese in the center is melted and the crust is golden. The directions say to let the pizza stand for 5 minutes before slicing. 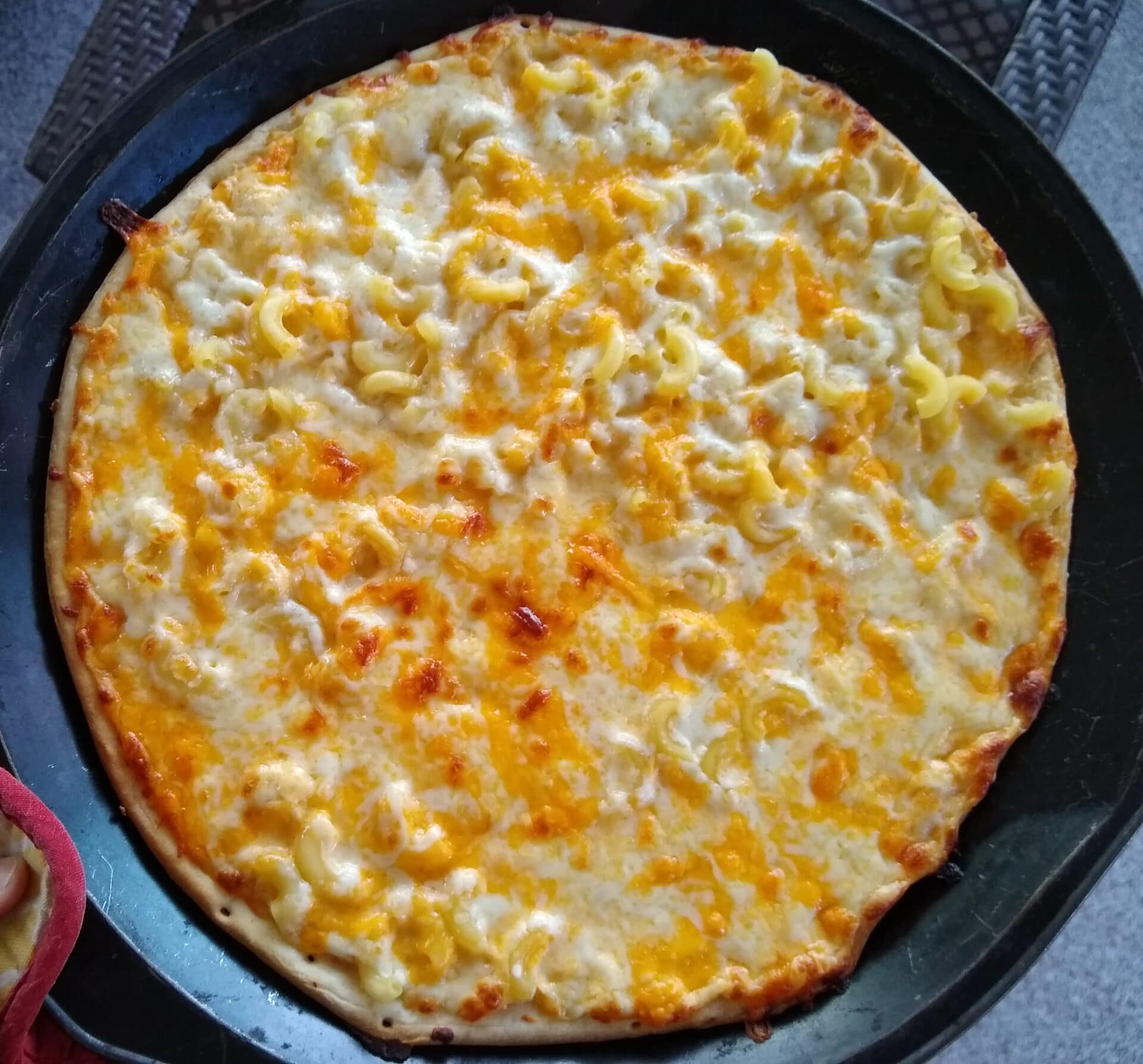 Macaroni and cheese pizza after baking.

So how is this pizza? There’s a cheese sauce on the crust, and mozzarella and cheddar cheese along with the macaroni noodles have been layered on top. I thought some of the noodles were a bit hard. The cheese sauce is cheesy and very gooey, which I liked since it resembles some of the sauces you get with actual macaroni and cheese. We found that sometimes when we would go to take a bite, it would end up pulling a portion of the cheese off the pizza. The crust was on the thinner side, but I liked that more than a thicker crust. Everyone in our family liked it, so it’s a thumb’s up from us. 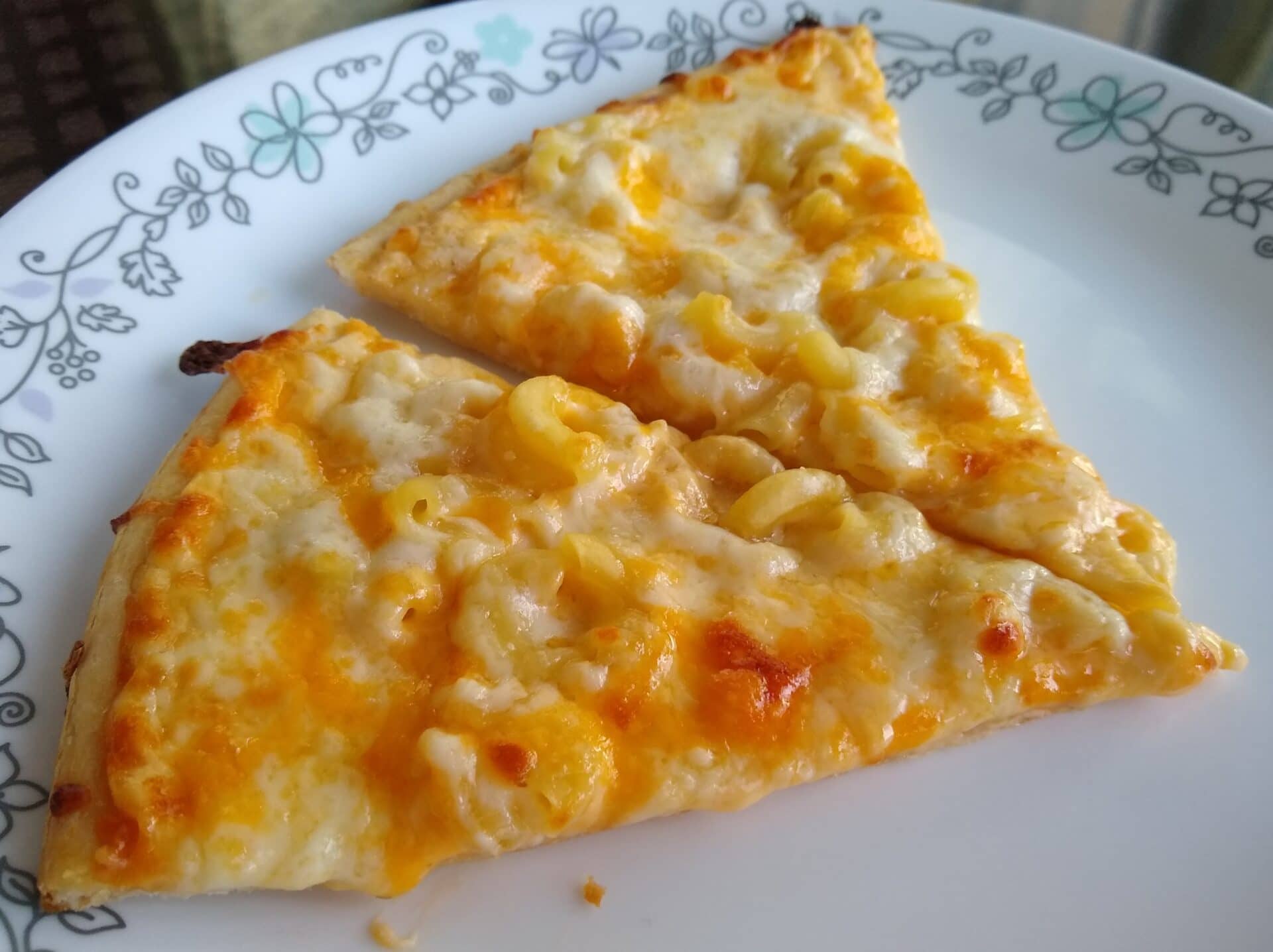 This pizza was truly made for macaroni and cheese lovers. The sauce was fun, and I don’t think I’ve ever seen anyone else make a pizza quite like this. It’s good enough that if Aldi sells it again in the future, I wouldn’t pass up buying it. It’s still a debate whether this is the strangest pizza Aldi has ever sold.