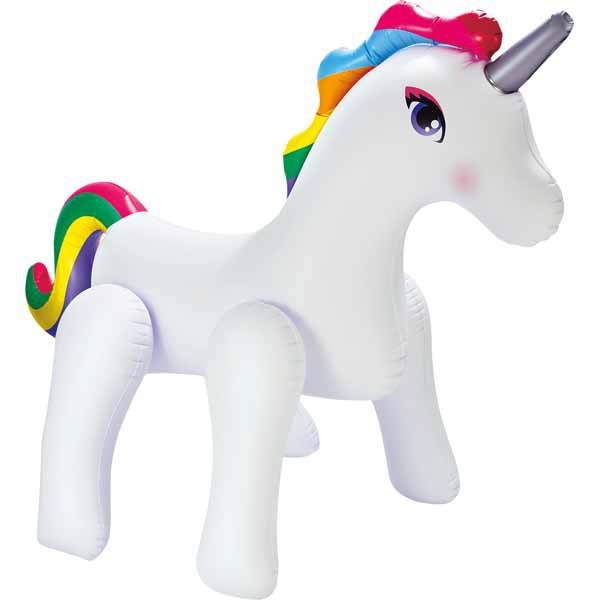 The summer of 2020 was a summer of doing everything at home. Because of what was going on in the world, doing the usual summer excursions wasn’t an option for many people. The summer of 2021 is shaping up differently, but that doesn’t mean there still isn’t a demand for at-home entertainment.

Last summer, Aldi worked to fill the gaps by offering a large lineup of entertainment for the front yard and back yard. One of the biggest — literally — was a pair of giant sprinklers: the Summer Waves Unicorn Sprinkler and the Summer Waves Dino Sprinkler. They were a hit, vanishing from stores almost as fast as they showed up. The unicorn, in particular, seemed to be a hot item.

We’ve previously written about the Dino Sprinkler, and we think some of those thoughts will apply to the Unicorn Sprinkler, too. You can read about it right here.