Skip to content
Home News Is Aldi Cutting Back on its Aldi Finds?

Is Aldi Cutting Back on its Aldi Finds?

Every week, Aldi rolls out a new crop of limited-run products across its stores worldwide, and for any serious Aldi shopper, it’s a bit like Christmas. You never know what Aldi is going to sell, and part of the fun is seeing just what the store has in store next.

This week, here in the United States, we opened up the latest Aldi ad and immediately noticed something was amiss. It was … short. 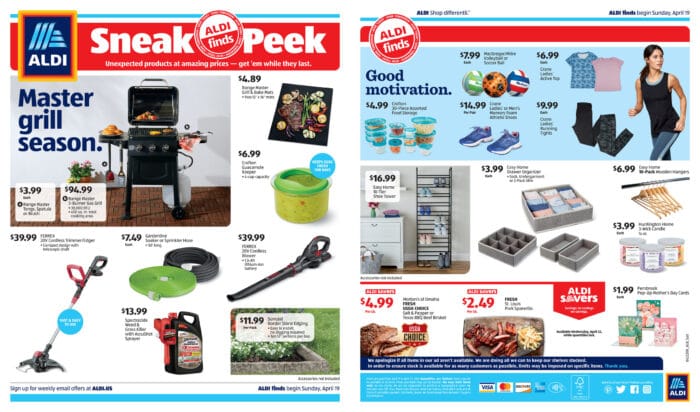 I counted 21 or so items (not including variations) and just two pages. For comparison, the current print ad for the week of April 12, 2020, has around 38 items across three pages, which is closer to what we expect.

Is this the start of a temporary trend?

I suspect so, and it probably has to do with demand.

On one end, staple grocery products are in short supply right now. Essentials like milk, eggs, and, yes, toilet paper are harder to find than they used to be.

On the other end, limited-buy items like Aldi Finds — especially non-food items — are not as in demand. Consumers have less time to linger in stores and possibly less money to work with, so they’re less likely to loiter with the non-core items than before. In fact, with the new in-store limitations, they may not be able to browse as easily even if they wanted to. It’s not just Aldi, either: non-food retail in general has declined sharply in the last few weeks.

If you’re Aldi and you put those two factors together, the end result is inescapable: you shift your resources toward the demand. That means putting more truck space, more storage space, and more inventory space toward the things people are buying, and less toward the things they aren’t.

I still think we’ll see Aldi Finds on shelves. But I suspect we’ll see fewer of them, at least for a time.