Opinion: How Aldi Can Fix the Pandemic Aldi Find Problem 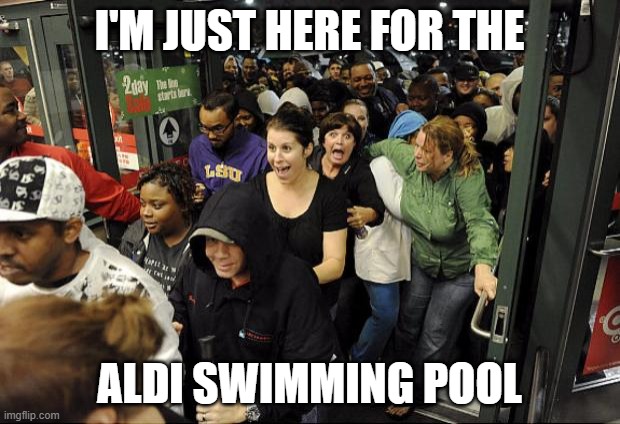 EDITOR’S NOTE: Like all posts on Aldi Reviewer, this piece is the opinion of the respective authors.

We love Aldi Finds. They’re one of the most amazing parts about Aldi. Every Aldi weekly ad is like Christmas, because we never know what we’re going to get. We love going into the store, walking around the Aldi Find aisle, and just seeing all the amazing, random stuff that the German grocer brings into its stores.

As in, certain Aldi Finds are nearly impossible to find.

This problem is not entirely new. In the months before the pandemic, we saw a growing number of runs on specifc products. Fueled by the rapid growth of Aldi fan groups on social media, we’ve seen customers go after certain Regular Buy and Aldi Find items at much higher rates than in the past, from keto bread to teal cabinets. Things that used to be easy to find became increasingly scarce.

The pandemic has amplified this problem. Not only have we seen shortages in certain staples that all grocery stores are dealing with, but Aldi Finds that can make quarantine life easier are now a huge deal, and products that might have been a small deal in years past are suddenly a source of massive customer rushes. The increased demand has led some shoppers to visit multiple stores, search out stores before the official ad date, or line up first thing in the morning of an ad. It’s like Black Friday in June.

Black Friday during a pandemic seems like a scary combination.

We don’t blame Aldi workers — who have been tireless throughout this ordeal — for this. They didn’t ask for it. We also don’t fault Aldi corporate, which is, like every retailer, still navigating the uncertain terrain of pandemic life. Aldi is a smart, savvy grocery chain, and is probably more aware of the challenges of product demand than any of us are. It sees the data, and it hears the customers.

Still, we think there is a potential playbook for fixing some of these problems. And that playbook comes, in part, from things Aldi has done in the past.

1. Wait to put out big-ticket products until the ad date.

It’s an open secret that many Aldi stores put their products out before the ad date. That’s been the case for a long time. In our area, for example, stores routinely put out Wednesday items on Tuesday so that workers don’t have to be trying to set up everything the night before.

But in recent weeks we’ve seen a slow creep toward earlier days in the week. We’ve started seeing Wednesday items show up on shelves on Monday, even Sunday.

Why? We’re not positive, but we’ve read unconfirmed reports online that this is about keeping shelves stocked. Bare shelves don’t look good in a store, and we get that. However, this has created a vicious cycle of items going out early only to be raided early by Aldi Find-hunting shoppers. Some products scheduled for a Wednesday ad date are disappearing on Monday.

It’s not fair to customers. Aldi shoppers assume that when an ad says a product will come out on a certain day, it will. There’s an element of trust there, and it’s a problem when stores are not holding true to the promises of their weekly ad by putting items on shelves well in advance of when the ad says they will. 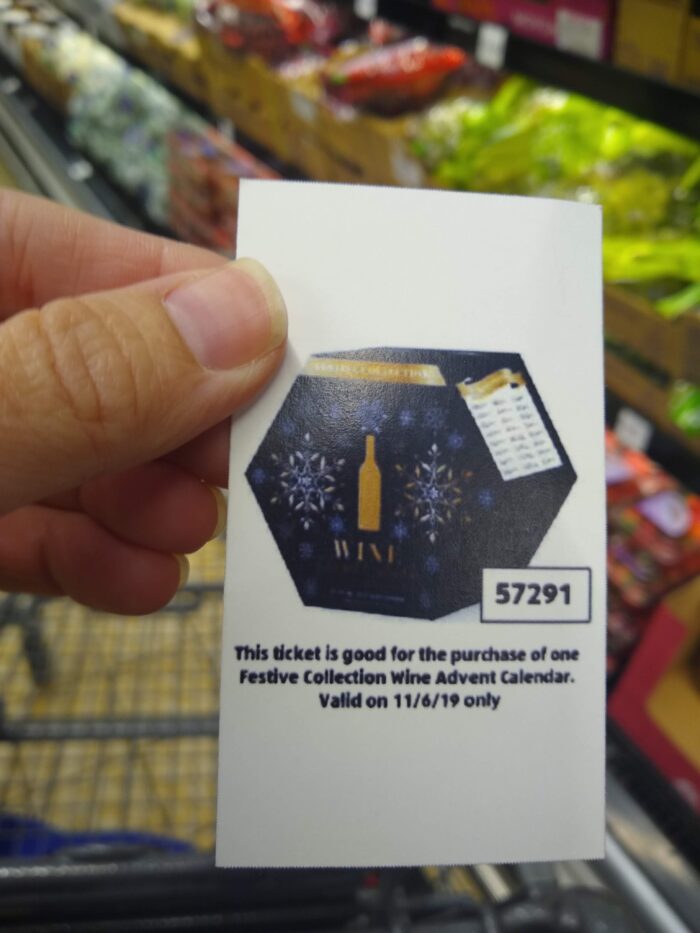 One of the tickets Aldi used for its 2019 Wine Advent Calendar. We think the time is right to bring this idea back.

In November 2018, Aldi brought Wine Advent Calendars to the United States for the first time. Despite knowing that it was likely to be a popular item, Aldi appeared unprepared for the rush, and the calendars sold out within minutes. Aldi learned, though, and in 2019 they employed a ticket system that was very effective at making sure customers got a fair shot at getting calendars.

We’ve seen reports of some Aldi stores employing a makeshift ticket system for some pandemic big-ticket items, most notably the Intex Easy Set Pool. We’d like to see Aldi — either at the corporate or store level — expand the idea, especially with high-price products its internal data show are going to be hot sellers. For example, we can pretty much guarantee that anything involving water and children is going to be a hit during the pandemic summer. Those are the kinds of things that might warrant tickets.

In the fall of 2019, Aldi began stocking keto bread. It became such a hot item that Aldi had to go back and rethink its supply chain.

One major problem at the time was bulk buyers. Reports abounded on social media of people who would go into stores and buy several loaves. A few enterprising people even tried to sell them on eBay.

Bulk buying has returned as a problem, this time with Aldi Finds. While the grocer quickly adapted to the pandemic by imposing per-customer limits on essential items such as toilet paper, it has been slower to do so with regard to Aldi Finds. As a result, some customers are buying large numbers of them, then turning around and trying to resell them.

The fix here is to impose per-customer limits on high-demand items, say to 1 or 2 per customer. Determined people might be able to find ways around this, but as long as employees are supported in enforcing the rule, it would make sure that everyone had a chance to get want they want.

The pandemic has created a very difficult supply challenge for Aldi, and that’s on top of all the increased demand for certain items thanks to the growing Aldi online fanbase. Unfortunately, the increased competition has hurt many normal customers, shutting them out from the Aldi Finds that they reasonably expect to find in the weekly ads.

Fortunately, there are ways to fix the problem, including methods Aldi has used with other products in the past. With proper support to its workers, we think there is a way that Aldi can continue to profit well while also cultivating trust with the customers who have come to love shopping there, as much for the center aisle as everywhere else.