If you want shelf stable foods that are quick and easy to prepare, Trader Joe’s also sells a variety of vegetarian Indian-inspired pouch meals. These include tikka vegetables, jaipur vegetables, and yellow tadka dal. I recently decided to try another pouch meal from TJ’s: madras lentils. 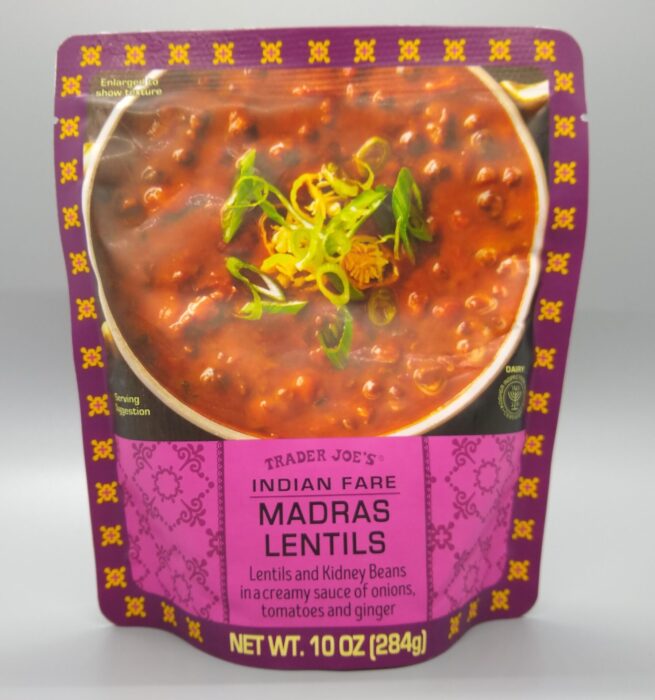 Trader Joe’s Madras Lentils cost $2.29 for a 10-ounce package at the time of publication, which is a slight price increase from when I bought this and similar pouch meals at TJ’s for $1.99 in 2021.

This is a product of India. The package describes it as “lentils and kidney beans in a creamy sauce of onions, tomatoes and ginger.”

If you’re watching out for allergens, this contains milk. It may contain traces of soy, wheat, peanut, cashew, and coconut. 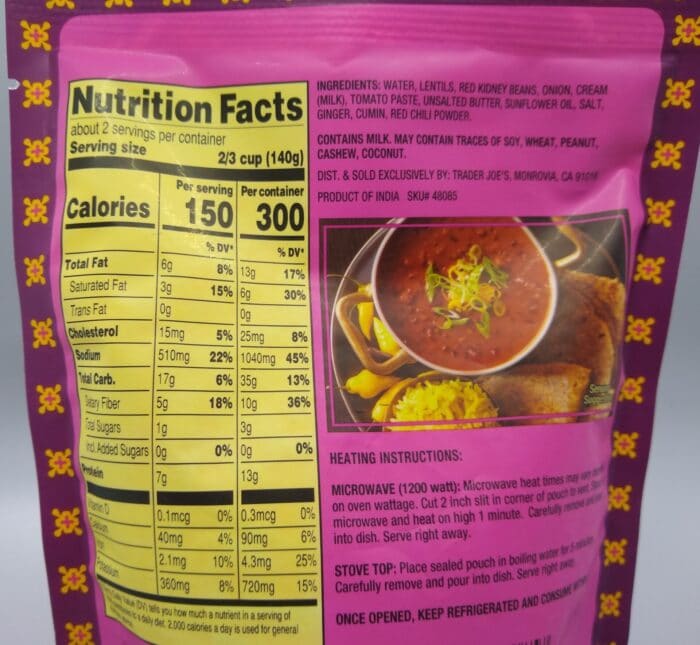 The package has directions for heating this in a microwave or on the stove top.

To microwave, cut a 2-inch slit in a corner of the pouch to vent. Stand the pouch in the microwave and heat on high for 1 minute. Carefully remove the pouch and pour the contents into a serving dish. Serve right away.

To heat on the stove, place the sealed pouch in a pot of boiling water for 5 minutes. Carefully remove the pouch and pour the contents into a dish. Serve immediately.

I heated this meal in the microwave and it came out plenty hot after one minute. 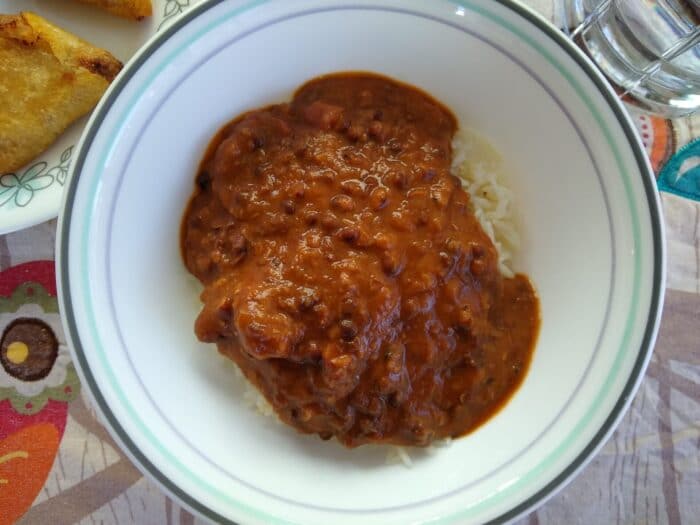 Because this contains beans and lentils — both in the legume family — I thought it had a less complex flavor than some of the other Indian-inspired pouch meals Trader Joe’s sells. It just depends on what veggie combinations you prefer. This tastes good, though, with a nice tomato-based sauce with a hint of spices. I served it for lunch with some white basmati rice from Aldi and some mini chicken tikka samosas from Trader Joe’s.

Trader Joe’s Madras Lentils are one of several convenient, shelf stable pouch meals available at the cousin to Aldi. This dish contains lentils and red kidney beans along with onion, cream, tomato paste, and various spices. It makes a good quick lunch, and it’s even better if you serve it alongside some rice or naan.